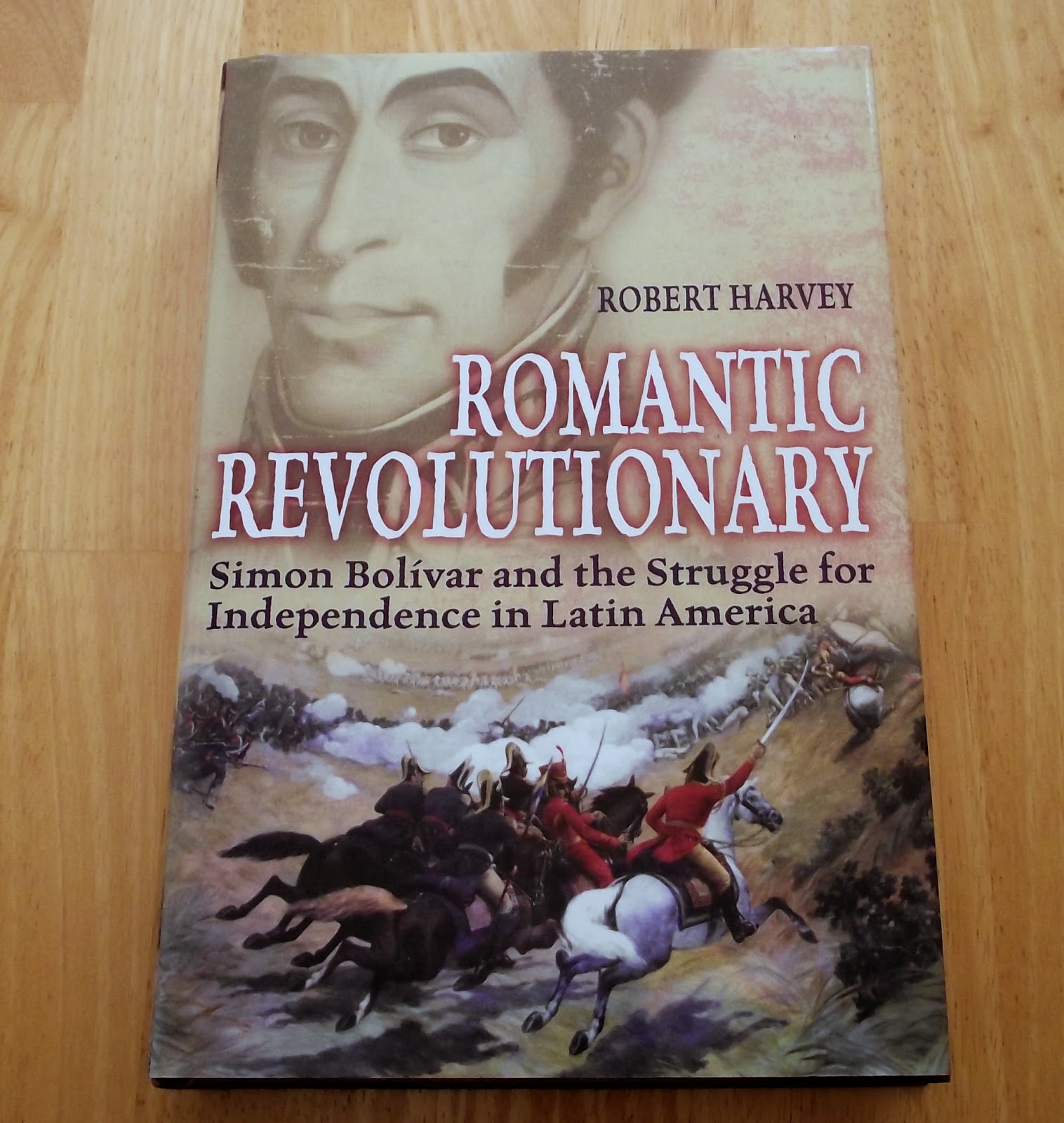 ....Which is of the course the title of Robert Harvey's biography of Simon Bolivar and his role in the Latin American struggle for independence against Spain (ISBN 978-1-84901-354-3, published by John Constable). I was not looking for this book - I already own a biography of Bolivar and also the authors excellent title concerning the campaigns of the major personalities: Liberators - but managed to acquire a hardback copy for a mere £5 earlier today.

I mentioned in my previous post that I was feeling pretty unwell with a stinking chesty cough and cold with a sore throat and that wonderful cotton wool feeling in the head. I had been at work all this week, struggling on (and trust me, making umpteen phone calls a day when you can barely speak is a challenge!) until this morning when I finally decided enough already and came home. I decided to pass by a discounted bookshop in the city on the way to the station as I knew I had a bit of a wait until the train home was ready. I went in and lo and behold, there it was, the last copy! I was really pleased to land this although it has been rather battered in terms of reviews on Amazon by readers far more knowledgeable than I am.

I must confess to enjoying the authors style of writing (his biography of Clive of India is very good) so will probably like it despite its faults.

My library on the wars of independence in Latin America is growing and so the need for me to think about this from a gaming perspective has just crept up a notch - as has the need to finish the musket era adaptation to Bob Cordery's 'Itchy and Scratchy' rules.

It is funny though, how an unexpected bargain can work almost as a medicine when one is feeling under the weather!

What a serendipitous find! No wonder you feel a bit better as a result.

I hope you're feeling better now. I just got through a similar sounding dose of crap myself.
Interesting book.
I know nothing about Bolivar, except that one of my favourite Canadian cartoonists, Kate Beaton, did a strip on him:
http://www.harkavagrant.com/index.php?id=207
Cheers,
Michael

I was very pleased and it bucked me up no end! I has a better night though and my head is clearing so I hope I am finally on the mend.

There is a lot of it around at the moment for sure.

Lots of gaming potential in Latin America that I hope to be trying at some point with the block armies.

Liked the cartoon - many thanks!