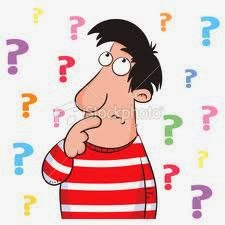 It is no secret that the hours I currently work, in conjunction with the commute I undertake on a daily basis, leaves me with little time to tackle much in the way of gaming during the week. This in turn impacts on my weekend as I have to cram what I can into the odd few hours I have available. Over the last last nine months since I started in recruitment (which is essentially a sales based job) my gaming output has plummeted and the blog posts have diminished accordingly - mainly for the time-related reasons above but also, and this is probably just as significant, I have been exhausted. I am working though, which is the main thing. the funny thing is that my previous 'career' never seemed to take quite as much out of me as this does - or perhaps I am simply just beginning to feel my years!

Taking all that into consideration I have really had to sit down and think long and hard about what I want to do and how I want to do it. I need to ensure that my gaming time is more efficiently spent and so making some fairly ruthless decisions about which of the various parts of my collection I should focus on has been giving me much pause for thought.

It would be easy for me to just hang on to everything I have collected and roll it out every so often just as something inspirational appears - in a magazine, a new book, a film, a new range of figures (which is curious given my usual reluctance to take up a paintbrush!) or anything else that gets the creative juices going. I know from previous experience that once I have, for example, a book on a certain subject then my fate is usually sealed because it means the imagined potential for a war game is absolutely certain to dilute my efforts and resources going forward. This has been the pattern of my gaming since the very early days and is probably the main reason why I have never amassed a coherent collection devoted to a particular era.

Some gamers can be very disciplined in their pursuit of a particular period - perhaps with a secondary interest to act as an occasional diversion - but I have never subscribed to that worthy practice.

For the main part my interests have been - to use the wargames descriptions - ancients, horse and musket and modern. Obviously there is much variant within these notional types but they will suffice for my purposes. Drilling down into them I could probably say the wars of the Ancient Greeks through to the Roman Empire followed by the Napoleonic Wars up to 1900 and then anything past then up to 1945. That is a lot of history to cover.

Missing from the list above are the Dark Ages, the Middle Ages, the Renaissance, the 17th and even the 18th century. Now I am not saying that I have no interest in these periods - quite the opposite if my library is anything to go by - but the simple fact is that over the years I have spent time, effort, energy and money on all of them but with little to show for my trouble. For someone of my goldfish-like attention span the easiest way for me not be distracted by any of the above is quite simply to exorcise them from my collection. If they are not there then I cannot be tempted to spend time on them!

I need to give this much in the way of very serious thought especially as some of the projected disposals may be difficult to replace should I change my mind at a later date - and this is something I have done a number of times in the past.

It sounds to me as if you are making the right sort of choices, and ensuring what I believe is called 'the maintenance of aim'. A sound plan for a sound objective!

Good luck with your deliberations. Work is great, it keeps food on the table, a roof over your head and clothes on your back. But it does get in the way with important things like gaming and blogging! Is your commute by train or car. if by train have you thought about blogging or working on gaming on the commute?
Cheers
Pd

this time i feel as if I need to be really, really sure about what I do - there are a few other factors to be considered so this is a very big deal.

It is a plan though.

I commute on the train and the time is spent reading - and planning!

Interesting post David. I am one of those who has decided to concentrate on just a couple of periods, but that's not everyone's cup of tea.

I had to change jobs early last year and am also stuck with a long commute - in fact I have to stay away from home during work periods. This sort of upheaval takes it out of you, I have found. You are not alone.

The stupid thing is that even by concentrating on far fewer periods I would still have sufficient diversity to keep even me entertained so I have no real reason not to! It has taken me 30-odd years to realise it though....;-)

I am fortunate though in that I do not have tostay away from home at all.