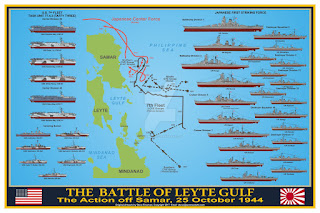 One has to look at this and think how on earth did it all go so horribly wrong for the Japanese?

As part of my WW2 project naturally I have needed to revisit the Pacific theatre. When one thinks of the Pacific during WW2 the first thing that comes to mind is the naval dimension. This is interesting in its own right and I have over the years fought many actions using the board game Flat Top that cover the 1942 carrier actions (excluding Midway). I have not fought anything using models though although I did at one point have forces for both sides using the Axis and Allies 1/1800th models.

I am now in the position though to rectify this after a fashion as the pieces contained in the Axis and Allies board game obviously in crude a small range of ships for the Pacific. Unfortunately at this stage I only have what can best be described as the 'top of the shop' types which for the Japanese is of course the Yamato whilst the US have the Iowa. The destroyers in each case are the Fubuki and Fletcher classes.

As far as I have been able to determine the Iowa was heading in pretty much the opposite direction on the only occasion she could have traded shots with the Yamato (and to any Pacific naval buffs reading this please feel free to correct me) but, with a little artistic licence I can cheerfully work around that minor historical detail. For a fuller account of what actually happened read the following: Battle off Samar. Of course this was just one of the much larger Battle of Leyte Gulf.

I have assumed that the Iowa has been assigned to support 'Taffy 3' and so will be going into action in support of the destroyers trying desperately to keep the Japanese away from the vulnerable escort carriers.

I shall be allowing the US the Iowa and three Fletcher class destroyers whilst the the Japanese will get the Yamato and a pair of Fubuki class destroyers. To allow for the effect of the hugely aggressive and desperate defence of the US in this situation I shall limit the number of game turns to be fought so if the Japanese want to punch through to to the carriers they will have get a move on.

For the rules I am thinking about using GQ1 and 2 although I have a couple of other sets to think about.

Now for the depressing part.

The models are not yet painted so I suspect that the AAR will be text only - this will be a challenge but I hope will serve to give my purple prose muscles a good work out....
Posted by David Crook at 13:47

Whisper it, but I often game miniature rules with Avalanche press cardboard counters....

Hope you are feeling a tad better today David.
Alan

I certainly am old chap, many thanks. The worse part is the rib at the moment but that is mainly because of the chesty cough I have.

I am getting there as they say.

We've found GQ to be the best naval rule set. Will be following this with interest.

I was really disappointed when they came out with GQ3 as this was not so much an evolution but a whole new set of rules IMHO. When it was first rumoured I remember thinking that is could be a harmonisation of 1 and 2 with a little polishing.

Many gamers I know feel the same and so they are still played in their original form.

I hope it will not disappoint!