The Circle is Now Complete.... 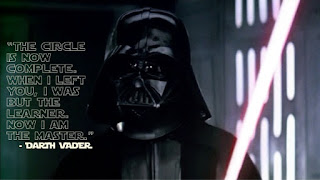 I know, I know - I need to get out more....﻿
One of the things that seems to be happening with increasing frequency in my man cave is not only finding ‘stuff’ that has been hidden for an age but also of things mysteriously disappearing….


So it was that some time ago – summer of last year in fact - I realised that my copies of both the 1906 to 1921 and the 1922 to 1946 volumes of Conway’s Fighting Ships had disappeared. Vanished, Shuffled off this mortal coil – in fact were EX copies of Conway’s Fighting Ships. I searched high and low and in every nook and cranny of Chez Crook but to no avail. I had not lent these out at any point so can only assume that they have gone or are still waiting for me to rediscover them. Oddly enough though the 1860 version remained safe and sound. In fairness there has been a reasonable amount of moving around in the house and with the kitchen refurb much of the residence was in chaos for a while. Whether these two books were victims of this domestic upheaval will never be known but I cannot lay my hands on either of them.


Anyway, to cut a long story short I resolved to reacquire both volumes (which will doubtless mean the missing pair will now turn up….) as they are extremely valuable reference works – if a little dry – and essential reading for the naval wargamer. The 1906 to 1921 volume arrived a few weeks back and the 1922 to 1946 edition turned up this morning. The timing could not be better as I grapple with my WW2 rules.


As both of these are out of print it was a case of haunting eBay until suitably priced editions turned up – I have seen some eyewatering prices quoted for them, especially the 1860 volume – and even then they were not available at the same time. I am delighted to have all three volumes together once again though – they actually read better if you have them all as there is a lot of overlap between volumes.
Needless to say I will now be keeping these books very close by....
Posted by David Crook at 16:32

Congratulations for managing to get copies of these two essential books. I trust that you did not pay too much for them.

Enjoy tomorrow when you find those two copies in an obvious, yet somehow overlooked spot.

All in £35 for the two which is not too bad. I will not be letting them out of my sight though!

There is an air of inevitability about that statement!