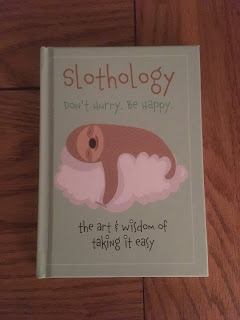 Slothology taken to a higher level....

This is the last Sitrep on 2018 and I must confess that writing it has given me much to reflect on as I look back over the year. The two funerals I have attended - Eric Knowles and Pete Green - have affected me in many ways and for longer than I would not have expected, but if anything they have hardened my resolve to make more of an effort to stay in touch with people within my orbit, both near and far.

The gentle reminder I received from the HMRC way back in February that I can retire in eight years has meant that I have spent rather a lot of time thinking about what I have done, what I am going to do and more importantly, when I am going to do it! The last thing I want to do is to appear morbid or downbeat but I would be less than truthful if I did not acknowledge the impact these three events have had on me over the course of the year and, to a certain extent, how they have influenced my immediate plans. I am determined to get my book about wargaming using block armies written so my main focus for 2019 will be very much directed to this end. It will mean that any practical projects will need to be simple and compact so expect to see naval games featuring alongside the Kurz and Allison project. 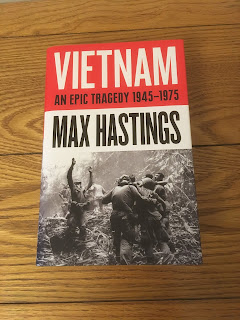 In many ways not the easiest of reads but a welcome addition to the library all the same.

Christmas has been and gone, and aside from hoping that all had a great time celebrating in whatever fashion you traditionally do, I thought it would be a good opportunity to share the details of my seasonal haul. The first two items were a 'known quantity' in that I knew they were coming but as it has been a while since I saw them it seemed like a good idea to mention them again. 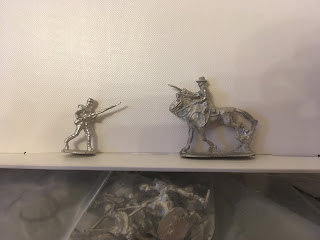 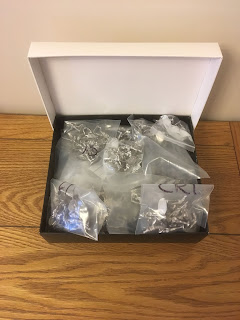 ....and the rest of the box full. I have sufficient figures to produce a Charge! sized infantry regiment, two cavalry squadrons and an artillery battery per side plus the appropriate command for my 'old school toy soldier' Kurz and Allison project. With the imminent release of  'Rebels and Patriots' - the 'Lion Rampant' based rules covering the wars in America from 1750 to 1865 - I am sorely tempted to base the figures individually!

My son and daughter came up trumps with a brace of Amazon gift cards alongside some very nice Rioja and various other consumables. I have not used these in their entirety although I did buy a few titles for my Kindle. More by chance than design I seem to be duplicating some of my larger hardbacks with a digital version of the same for convenience. A good case in point is The Campaigns of Napoleon by David Chandler. Much as I enjoy sitting in a favourite leather armchair whilst sipping a glass of a decent Rioja in front of a roaring log fire with a faithful hound at my feet (actually it would on my sofa with bottle of beer and one of the cats parked on my lap but one can picture the imagery) lugging around such a door stop of a tome is not exactly convenient. For me this is where the Kindle comes in to its own. For my daily commute or on holiday it has become indispensable and although it will never replace a proper book in my affections, it is really handy to have.

From my gift cards I have acquired the following:

You have probably worked out why some of the above titles have featured! I have yet to receive my copy of Cruel Seas by Warlord Games but am hopeful it will appear soon.

I would to extend a special note of thanks to davidinsuffolk for helping me out with a scanned copy of the C.F. Wesencraft article I mentioned in the last Sitrep - it has been very useful so many thanks again old chap!

Unsurprisingly work on the army level block rules and by extension the book they will feature in has taken a little bit of back seat over the holiday period but I have managed to scribble down a few ideas so it has not been entirely forgotten.

That about wraps it up fro this week so I would like to take this opportunity to wish you all a very peaceful and prosperous 2019. 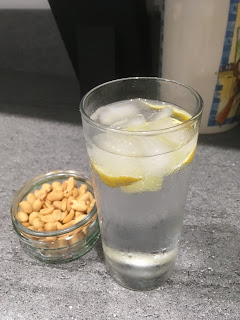 A large Greenall's Gin and Tonic with ice and lemon, a ramekin of Planter's Peanuts and binge-watching Hercule Poirot - what's not to like?

My pleasure to provide that article, I do hope it's useful indeed. Happy New Year, keep up the blogging!

Happy new year to you old chap! I fully intend getting more gaming in this year if I can.

It has given me a couple of things to ponder to once again many, many thanks. I was able to get more blogging done last year and fully intend improving on this in 2019!

Have a good one Dave!

And you old chap!