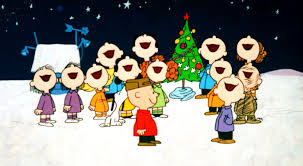 For some reason Christmas always reminds me of Peanuts although I usually have mine in a bowl with a glass of seasonal ale....

The week leading up to Christmas Eve has been rather busy in many respects as one would expect but thanks to the organisational skills of SWMBO my part was quite limited! A couple of modest shopping runs - nothing urgent, more from curiosity than anything else - and finishing off my wrapping was about the limit of my involvement. As SWMBO was working for most of Saturday (she works at our local Marks and Spencer food hall) it was, by and large a pretty quiet weekend.

I have made a pleasing degree of progress with my block related adventures. To begin with I rediscovered all the digital files for my labels. I was a little concerned about this as they were originally drawn up in MS Paint and we are now an Apple house. I was able to experiment with the files and the good news is that I will be able to work on them for any amendments or new sets. It was quite interesting revisiting these files as there was a lot of tweaking and experimentation undertaken before I settled on my final versions. I even came across some generic naval labels as well as a few ACW ironclads types I was messing around with. In the short term though, it will mean that I can get a white set of blocks prepared.

I also managed to get some time in working on the draft of my book as well as the army level rules that will feature. As mentioned previously I rediscovered a notebook full of really useful stuff I had copied from a number of sources as well some ideas for a DBA inspired army level set.

It is very early in the process but these rules will feature elements from a variety of rule sets - both table top and board game - and I am really excited by the prospect. They are pitched initially at the Napoleonic Wars (indeed, this was my original intention when I was first assembling the block armies) but I am confident that they could be tweaked to cover earlier and later periods. In fact, I am also looking in due course to extend the system to cover the 20th century.

There has been a lot of posts on Facebook about Warlord Games Cruel Seas. there has also been some quite superb paint jobs and games in evidence. Warlord have just released a 10 page errata which, whilst being a very positive step, does give a little cause for concern as to the original rules. Given that the game has been in development for some time one would not have expected an errata to be quite so large!

I am still waiting for my review copy but I am sure it will arrive in due course. 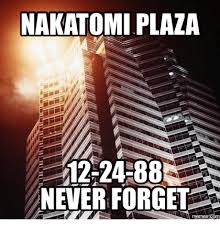 At long last, 30 years after it was released, Die Hard has finally been classed as a Christmas film! I enjoyed the first two of this series but after that it did seem to go off the boil slightly in my opinion. I often wonder why there was never a game based on Nakatomi Plaza 24/12/88 (I am not including computer titles) as I reckon it would have been a blast....literally....

In closing this weeks Sitrep it only remains for me to wish you all a very Merry Christmas and I hope the gaming elves bring you lots of inspiring goodies!

Nakatomi Tower would make a good solo game. Perhaps that's why it was never done?

Anyway, Merry Xmas to you too.

Joking aside as a solo game it could be quite good fun!

Have a fab Christmas!

Have a fab Xmas and New Year Dave.

A Merry Christmas to you and yours !

And you old chap! Hope to see you and the gang at Cavalier.

And to you old chap!

The alternative reason for this chronological error would be my 'fat fingers' and poor proof checking!