For the record I am not using a typewriter!

It has been very much a block related week with much progress being made in a number of directions. The overall plan of the book has been finalised and I spent rather a lot of time organising notes and making lists. There are several plates spinning at present but all is well. At this stage I have not set a time frame as to when this will be ready simply because there are a number of research variables that need attending to for which I have little idea as to how long they will take to get resolved. I also have a whole raft of people to contact about various bits and pieces but at least now I have an idea of what to do and how to do it!

I have also spent some time reorganising the block collection and have decided on how I shall produce my unit command blocks. Again, this is something I will need to enlist some help with but my solution should not present them with any major difficulties. 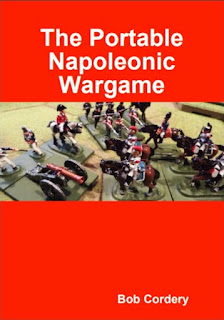 All being well this little beauty will be out in January so it will be something to look forward to in the new year - and just in time for the launch of the show season!

All being well next month should see the release of the latest addition to Bob Cordery's Portable Wargame stable - The Portable Napoleonic Wargame. I am very much looking forward to this especially as it means that Bob's rather large collection of Del Prado Napoleonic figures will see some action. The basing standard he is using for this collection - if you look at Bob's blog you will see how he has done it -  is something I am looking at for use with the block armies. Two of my half blocks would equal one PNW unit so as soon as the book hits the press I will be good to go in the short term. 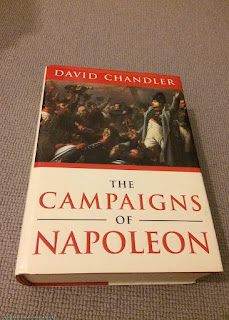 Magnificent is the only way I can describe this although awesomely awesome in its awesomeness comes pretty close!

In preparation for the launch of Bob's book I have been once again dipping into David Chandler's magisterial tome The Campaigns of Napoleon. I have an ulterior motive for this in that Napoleonic warfare will feature in my book and so revisiting the wars of the Corsican Ogre is essential. It will be doubly apt in that the original idea behind the block armies was in part inspired by this book. 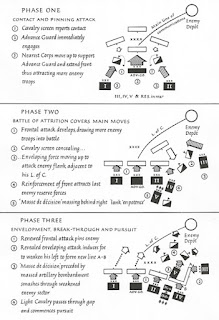 In closing I am hoping to have some news relating to Warlord Games Cruel Seas at some point during the coming week and so will post as soon as I do.
Posted by David Crook at 08:32

Why are you looking at what looks like something taken from teh pages of the Green Bay Packers playbook?

As a learned man once said....