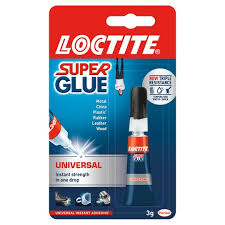 I am really disappointed with myself for running out of the above!

Last week was very nautically themed with the age of sail taking precedence, closely followed by the American Civil War. There was also a dash of Napoleonics thrown in for good measure - more of which in later post.

I was all set to varnish the 30mm ACW artillery last night when I made the startling discovery that  had exhausted my supply of superglue! This is really bad as I usually have half a dozen or so tubes in stock but no, none were to be found. I shall rectify this today and so the varnishing of the artillery can take place this evening. This means that I will be in a position to hold the much threatened photo shoot of the completed collection over the coming weekend.

From a practical standpoint I have been giving much thought to the subject of terrain for the ACW collection, starting with the need for a gridded playing surface. I am not going down the Hexon route as whilst it is very good I found it a royal pain setting it up and dismantling it when not in use. I would prefer a mat based option for the playing surface with terrain added as required. Using a mat with 4" hexes would allow me to make use of some of the rather nice Hexon pieces so my thoughts are very much heading in this direction. Having said that I am still pondering using squares rather than hexes - an option that would have a number of practical advantages, especially for the naval side.

As it stands I would need three such mats - one green, one desert and one for the sea. I have a couple of GW vinyl gaming mats - one green and one sand - that could readily be pressed into service if I wanted to grid them. To be honest I am loath to do this as they are perfectly fine as they are.

My mention of matters age of sail related of course is in reference to the forthcoming release of Black Seas by Warlord Games. I have had a rethink about this and so will now be looking to add some 74s to the mix - not many though - but the first order of business will be to tackle the smaller stuff. My plan is to make a tentaive start on these once the ACW collection is off the painting tray.
Posted by David Crook at 10:36

There will be pictures come the weekend. I am still trying to work out where all my supply of superglue has gone!

I certainly hope you have not been sniffing it again. You'll come to a sticky end.

I hate it when you know you have something, but for the life of you can't remember when or where you put it! This frequently means digging around in 3-4 places that I keep my wargaming stuff.

Looking forward to seeing the ACW stuff as well as updates on your naval gaming.

Only at the weekends or bank holidays....

As you are the Bos tik me off for my outrageous and antisocial behaviour....

I am positive I have a card of six tubes of the stuff (pound shop specials) somewhere but I have yet to be able lay my hands on it.

There is a depressing postscript to the story for which you will need to read my next blog entry.