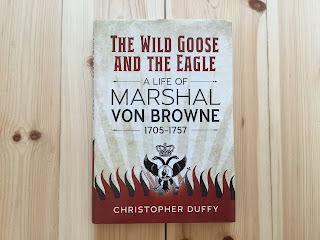 The 2019 revised edition of the book first published in 1964 tells the story of the son of an Irishman fleeing to Catholic Europe and rising to high rank in the Austrian Army. Published by Helion but I got my copy during the Naval and Military Press summer sale.

I have always had a soft spot for the 18th century. Ever since I first clapped eyes on a copy of Charge! And also The Wargame I have been interested in the stately machinations and ‘civilised’ nature of warfare during that dramatic century. Throw in the concept of the imagi-nation and you have a veritable smorgasbord of temptation for a multitude of gaming projects.

For me the only drag would of course be painting the figures....

There are number of solutions to this dilemma and realistically the only one that would be viable for me would be painting the figures myself and luckily there is a wonderful selection available from Spencer Smith in 30mm that would be just the ticket. This is if should I wish to explore something during the Tricorne era in the traditional manner. I have certainly not dismissed this idea and so the Grand Duchy of Artois and the Electorate of Kronenbourg may yet see the light of day but for the movement. Have something rather more radical to experiment with.

In terms of the periods of interest there are many. I rather like the French and Indian War along with Clive’s adventures in India, the various Jacobite rebellions and I have also looked at the American Revolution. Of the four the former would be most likely to ever see the light of day but to be honest I would prefer something a little more, for want of a better word, regular. I am not so keen on the Seven Years War in Europe but the slightly earlier War of the Austrian Succession ticks the requisite number of boxes. If I am honest the main one these being that the uniforms tended to be of a simpler cut meaning easier to paint!

In 30mm using Spencer Smith there is a dedicated range for this period based on the classic 18th century range and the figures therein, especially the cavalry, are far better than the original versions but still with that old school charm. I mentioned ‘something rather more radical’ so it should come as no surprise to mention that I have a modest set up read to paint using 1:600th scale troops. 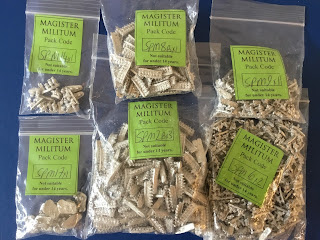 Guilty as charged M’Lud - I have my very own lead mountain albeit more like a lead speed bump given the size of the figures!

I have a goodly selection of 1:600th bits and pieces and the range of stuff available from Magister Militum is pretty expansive. Recently I have been looking more and more at this part of the collection and so am keen to do something with it. The Tricorne element came about simply because someone made me an offer I could not refuse and as the set up is pretty much complete I would not need to add anything to it other than paint! I have some other things in front of this though but as an useful aside these figures are the same scale as the ships from Oak and Iron which, although slightly earlier, could be readily used alongside if required.

The book at the top of this post was a little lockdown treat and I am really pleased to have acquired it.  Von Browne was very highly regarded by the Austrians and the book covers his campaigns very nicely with events in Italy and against the Prussians during the Seven Years War. Interestingly it also looks at the perennial Turkish question along the borders of the empire with that of the Ottomans. 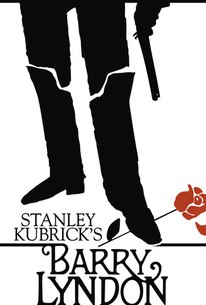 One of my all time favourite films - great story, beautifully shot but s-l-o-w!

Wonderfully inspiring and with my recent borrowing of the soundtrack to the film Barry Lyndon (many thanks Mr Fox - much appreciated) I am experiencing something of a ‘fighting Irishmen abroad during the 18th century’ distraction at the moment BUT.....the Del Prado Napoleonic need some TLC as do the 30mm ACW Spencer Smiths, not to mention the gazillion counters that need cutting out.

These must come first but in the meantime I will play and enjoy the aforementioned soundtrack....

Purely for recreational purposes to be sure....

The von Browne book is an excellent read. Think I bought mine from the same source earlier this year. Lots of inspiration.

That book looks like a must-read - the defender of Lobositz, etc.
With the figures, you will clearly have a good-sized army. it will be interesting to see how you paint them - when their turn comes!

I am a fan of Duffy’s work so when this popped up at a sale price it was too tempting to turn down. I have only just started it but it is an inspiring read for sure.

Hello there david in Suffolk,

There is easily enough for two or even three forces so there is plenty of potential. I will look at painting techniques once I have tackled the 20th century stuff so as to get my eye in. I have yet to decide on the forces but there is plenty of time.

Looks a great book Dave. I'll look forward to seeing the figures with a lick of paint on.

It is and so will I! Lots of things to tackle first though!

The SYW is a favourite of mine and the 18thC in general, so look forward to possibly seeing some future games and figures. Anything by Duffy is a great read.

Many years ago (in the late 19702 and early 1980s) I took part in many epic 7 Years War games with members of the Newham Wargames Club and often organised Eric himself. Our refight of Minden and others were huge games and a lot of fun - Charge! Has that effect!

As I explored the period in more detail so my interests moved away from Europe to elsewhere but it is certainly a period I have fond memories of.

The earlier Austrian War has really piqued my curiosity though although getting to the figures stage is another story. One day though - in the meantime I am trying to be disciplined and getting things done in order!

Just finished the book and I also bought it from the same source. Lots of inspiration in there for all sorts of wargaming action and some v interesting details about the Irish military diaspora who went soldiering in Europe.

Pleased to see you’ve gone for the War of the Austrian succession in my humble opinion far more interesting. I don’t blame you in using what you have although it would have been nice seeing Spencer Smith.
Even though I have my own figure range I’m dabbling with Prussian and Austrians using flats and basing to use for a Command and Colours Tricorne variant I’m working on
Enjoy

It is a cracking read and as you rightly point out contains some interesting details about the wandering fighting Irishmen.

It is a little different to be sure but prefer the earlier period and should the Spencer Smith urge kick in then there is a very good range available! Command and Colours Tricorne is very good albeit expensive in the UK - I would be interested to see your take on the earlier period.

Re: Eric's metals I think Neil Thomas' One Hour Wargame Rules are perfect for their birthing

I have a fond affinity for smaller scales and I am (still) thinking about what to do with the 20th century part of the the 1:600th collection - next year will be an interesting one with plenty of project bubbling along!