Going Forth with Mimi and Tou Tou 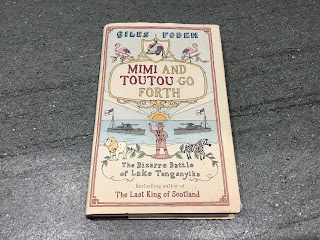 The dust jacket is a little ‘tired’ but the book itself is in really good condition - I can forgive the wear and tear for the sum of £3.29!

When it comes to looking for one of the more bizarre episodes of the Great War, or indeed any war for that matter, then the Royal Navy expedition to Lake Tanganyika must surely take pole position!

I am aware of the story and indeed, have owned the above book previously - it is one of a number that mysteriously vanished during one of my various ‘reorgansations’ - so when the opportunity to avail myself of a new copy for next to nothing I promptly did so - and it arrived this morning. 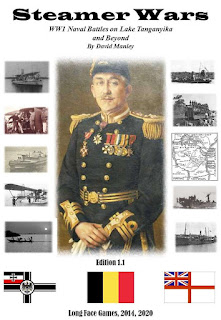 From the indefatigable Mr David Manley (available from the Wargames Vault) and…. 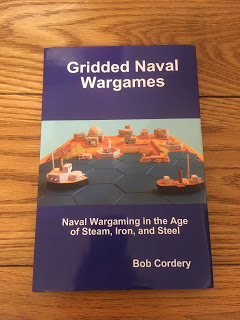 ….the ever prolific Bob Cordery (available from Amazon and Lulu - the book that is, not Bob himself….)!

The battle and campaign have featured in various wargaming publications but the two I am most concerned with are Bob Cordery’s Gridded Naval Wargames and David Manley’s Steamer Wars. The former has a novel set of tactical rules  whilst the latter also covers the whole campaign for control of the lake. There are models available from Tumbling Dice in 1:600th and also from a New Zealand firm (I can’t remember the name off the top of my head) but for a miserly old skinflint like myself they would certainly be easy enough to scratch build (and I know that Bob Cordery did just that!). 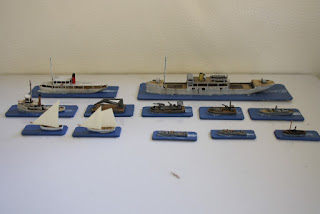 It would be really easy to tackle this as a mini project with a view to using the campaign rules from David Manley’s set and either his tactical rules or those from Bob. Certainly something to think about and a little different for sure.

It has been a pretty wretched week as SWMBO, my daughter and I have all succumbed to a bout of a summer cold. It all started at the beginning of the week with scratch eyes, a tickle in the throat and then came the streaming nose. I am no expert on these things but I reckon having our second Covid jab on Tuesday actually accelerated the process so by Wednesday my wife and I were feeling pretty grim (at this stage my daughter was not quite as bad), so much so that on Thursday we took the precaution of taking a Covid test which was happily negative. Aside from the above there was also the feeling hot and cold and having a head that felt as though it was full of cotton wool.

This was only ever going to end one way and sure enough we all now have horrible hacking chesty coughs.

It is nothing more serious though - which is a relief!

Its a great book and I also seem to have mislaid my copy (I think I lent it to my late father). This has always tempted me as a nice, small project but I really don't need any more of those!

Sounds like hay fever David. You have my sympathy. It can even make you extra tired.

Good luck with the new project.

I had a whole bunch of books go AWOL a few years ago but have an awful feeling they may have found their way to a charity shop unintentionally.

I had the models to tackle this project but now would prefer to build my own as it is small enough to make the key players in a single session. It is certainly something that would fit in nicely between larger undertakings.

I tried a little experiment earlier. I went and sat in the garden for our afternoon cup of tea and within a few minutes my eyes were itching and my throat was cracking. I went back into the house - which still had the potion doors open - and within moments I was feeling better.

Hay fever it is then! It has certainly knocked the stuffing out of me in any event.

The project will be a small one to fit in between larger affairs and will be dependent on having the right amount of raw material for the models so I shall check that out tomorrow.

Hi David…
Mimi and TouTou is such an enjoyable book… and yes it would make a great little game.

I too am suffering badly from hay fever at the moment.
According to an app I have it’s tree pollen…load up the antihistamines.

Glad to hear that you and your family are OK

All on the mend thanks and ordinarily it would have been no big deal but given current circumstances caution was the watchword!

Hope all is well with you and yours - email to follow!

I have plenty of MDF templates and assorted odds and ends to be able to scratch build versions of the key ships involved and given that we are talking about less than a dozen in all it should be pretty straightforward. I still want to get the ACW stuff built first of all though!

It is funny but until this year I have never suffered from hay fever so I hope it is not going to become a regular feature!