The Russo Turkish War in the Black Sea 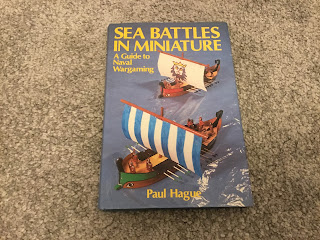 One of my favourite wargame books. The only rules I have used extensively from this book are for the Great War but it is chock full of great ideas

Historically the naval operations of the Russo Turkish War of 1877/78 were unspectacular to say the least. The Russians had very little in the Black Sea following their defeat during the Crimean War and the subsequent treaty restrictions. The Treaty of Paris signed in 1856 limited the Russians to a very small flotilla whilst the Turks, supported by Great Britain, were allowed to build up a formidable force of ironclads - many of which were built along the Thames. On the face of it then, the Russians were both outgunned and outmanned. Had the Turks chosen to be far more aggressive in the use of their fleet the outcome of the war may have been very different, however, muddled command, low morale and lack of properly trained crew meant that for all their superiority the Turks largely surrendered the naval initiative to the Russians.

The Russians were nothing if not brave and inventive. The use of spar torpedo steam launches and mining operations, together with shore based artillery ensured that the Russians quickly seized the initiative along the Danube. Their armed merchant steamers were able to harry the Turkish merchant marine and lines of communication, thereby drawing Turkish ironclads away from their primary missions of shore bombardment etc. The Turks did enjoy limited success and indeed, a former Royal Navy Captain - Augustus Charles Hobart-Hampden - was appointed as an admiral in Ottoman Service and was known as Hobart Pasha was instrumental in this. His memoirs are available on Project Gutenberg and I am reading them at present and he was certainly very active in the Black Sea. He had an interesting career, fighting slavers, blockade running for the Confederacy and helping the Turks put down a Cretan rebellion.

So for all this how does one make the game and setting rather more interesting than was historically?

Well, I have been turning this over in my mind and have a number of ideas to play around with. The key thing is that the Russians definitely need some heavier metal, above and beyond the two circular ironclads, the Popov and the Novgorod, however whimsical they may be! I certainly plan to build these two naval oddities, if only for the sheer fun of it. During the war the main strength of the Russian Navy was in the Baltic so I could arguably cherry pick some ships from there and redeploy them to the Black Sea. The challenge there is how would they have gotten to the Black Sea? Another alternative, and there is a historical precedent for this, would be to allow the Russians to have captured and repurposed some Turkish ships. During the war the did this with a couple of Turkish Danube gunboats and later, during the Great War refloated the Turkish Cruiser Medjidieh after she had been sunk by a mine and took her into Russian service as the Prut. Given the Russian fondness for spar torpedoes and mines there could be an opportunity to ‘snag’ a Turkish ironclad or two. Perhaps the Russians could sow an offensive minefield on a suspected Turkish shipping lane whilst they are en route to bombard a harbour or similar. Coupled with a night time spar torpedo boat raid it would be feasible for a Turkish ironclad to be sunk in range of Russian territory. A swift salvage operation, some quick repairs and hey presto! A new Russian warship! 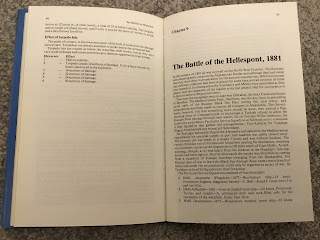 I should be mindful of making the Russians too powerful as the Royal Navy would not standby and see the Turks outfought in the Black Sea. Indeed, the Mediterranean squadron sailed to the Sea of Marmara to keep the Russians honest - remember this was the period when the Russian ‘designs’ in Asia that could potentially threaten India or the Suez Canal were viewed very seriously by Parliament so any Russian moves against Turkey would set alarm bells ringing.

Historically when the Royal Navy sailed into the Sea of Marmara at the end of the war the Russians planned to mine the Bosphorus to prevent them entering the Black Sea. Great Britain got wind of the plan and promptly told the Russians that this would be considered an act of war and so they backed down.

If I allowed the Russians to gain a couple of ironclads then depending on how well the Turks fared against them would determine whether or not the might of the Royal Navy would intervene. There is a marvellous battle report in Paul Hague’s book: Sea Battles in Miniature describing a fictional action between elements of the Royal Navy and the Russians who have been equipped with some British designed ships built by them from plans acquired from spies. By the simple expedient of adding ‘ski’, ‘vitch’ or ‘off’ at the end of the ship names these British ships were suitably ‘Russianised’.

Taking all this into consideration my options for the Russians are perhaps not as limited as history dictated. I rather like the idea of captured Turkish ships being repurposed - as mentioned there is a precedent for this - and also for allowing some additional units to have been built at Sevastopol. It will be fun factoring this in and of course building the models. One thing is for certain though. A six ship squadron for the Royal Navy will need to be built.

I've not heard of that rulebook before but will certainly check it out. You certainly have some good options to play around with for this conflict or one very closely aligned to it. I look forward to seeing which course you take.

Sorry to hear you're still testing positive and hope that Laurel is doing well.

Laurel is as well can be expected thanks and the whole Covid thing is becoming a little tedious now!

This really is a great book with rules for ancients, age of sail, ironclads and the Great War included. There is also a later edition that includes U Boats and carrier stuff as I recall.

I hope to have some fun playing around with this Black Sea thing and certainly there is plenty of scope for a variety of scenarios. If one wanted to there is always the possibility of the British lending support to Turkey in the shape of the army as well so the whole period could prove to be a potential 2nd Crimean War!

It’s one of the best naval wargames books ever published, and it occupies a prominent position on my shelf of wargame books. I have his later book, but this is - in my opinion - the better of the two.

I certainly agree with you on this! I was a little disappointed with the second volume although for completeness it is useful. The first book has that excellent blend of rules, background, sample battles and a degree of humour.

Great news on the home front.

Pound for pound one of the best wargames books ever, not just naval. Good ideas on rules writing that can be applied on land. My favipourite : you can’t remember all the values in your table, your table is too complex!

Hi David -
Paul Hague's book has been my favorite on naval warfare since I first read it 40 years ago. I would have bought a copy back then had it been available. I even started making galleys along his recommended lines, but never got far with them.

Meanwhile, I am still toying with the notion of building a Ruberian (British) and Azurian (French) fleets - 6 major units plus TBs and TBDs... But sometimes itches have to wait their turn to be scratched ...
Cheers,
Ion

It really is a cracking book and I have enjoyed using the WW1 rules in 1:3000th on many occasions although not for a while. I would happily do so again though for sure! It is so much more than a collection of rules and is a book I find myself dipping into frequently.

In my opinion it is exactly what a good wargames book should be like - a healthy balance of rules, background, games and above all, a dash of humour.

In my experience itches need scratching sequentially so the biggest goes first!

It really is a cracking read and features plenty of scratch builds and conversions. As I mentioned, back in the day the WW1 rules were used an awful lot and gave some cracking games.

You see copies on eBay occasionally or you might try the two Daves - Lanchester and Ryan.

your Russo-Turkish War naval project sounds very interesting. I have an interest gaming the land size of the war using 10mm Pendraken miniatures and Bloody Big Battles rules. I ran a third battle of Plevna scenario at a few game conventions.

The Pendraken range looks really nice and would be ideal to use with BBB. I have a fought a couple of games using my block armies for the period - one of which was loosely based on the attack on the Grivitsa Redoubt and fought against Bob Cordery. This is on the blog in the games folder. I also staged a refight of the Battle of the Camel’s Neck in the Caucasus which was enormous fun and again, is in the games folder.

I have not thought as far forward as figures yet and in truth, my block armies work very well as a substitute.

I would love to see any pictures you may have of your Plevna game.

I now see your utter genius

Utter and Genius are not usually associated with me - I would say the Utter is used rather more often and usually in a derogatory way!

I thank you anyway!

It is an absolute peach of a book and the WW1 rules are excellent.