Back from the West Country 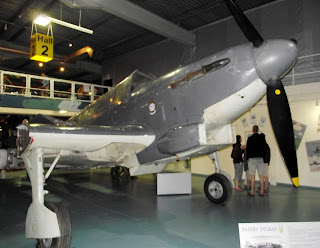 The business end of the Fairey Fulmar

We have just returned from a week in the wilds of Exmouth in Devon - actually it was Woodbury which is very close to Exmouth but as we have friends that live in Exmouth we always refer to it as such - and although I must be the only person that could head away from a heatwave on holiday we had a super time. It rained every day (and very heavily as well) but always in the early hours of the morning. The rest of the time was cloudy, sunny and breezy but pleasantly warm - ideal for walking around in.

We spent a couple of days on the beach (with the obligatory game of Petanque and a beach barbecue), a day at Paignton Zoo (very good for the furries - so beloved of SMWBO and my daughter, not to mention one half of our friends), an enjoyable mooch around Budleigh Salterton and a boy's day out at the Fleet Air Arm Museum. We also managed to have a stop on the way home at Stonehenge. 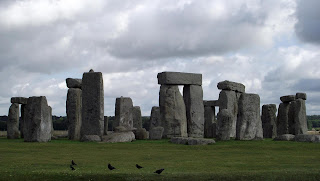 On the holiday reading front I managed to complete James Clavell's Shogun (once again - and you know where this will lead....) and made a rather larger inroad into Chitral Charlie - the biography of Major General Charles Townshend of Kut infamy.

Mention of Budleigh Salterton and of Shogun may seem a little odd but, East Budleigh is of course the birthplace of Sir Walter Raleigh, the famous Elizabethan sailor and occasional layer of capes. Shogun features as the hero an Elizabethan sailor - my home address is Sir Walter Raleigh Drive and of course the West Country has a long naval tradition - especially as we had planned to go to Plymouth Hoe to play Petanque - shades of Sir Francis Drake although the version of bowls we would have played would have raised the old Sea Dog's hackles somewhat! Dare I say it, Samurai and the Armada - now there's an idea....;-) 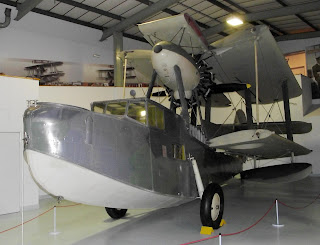 A Supermarine Walrus - the contrast with the rather more famous member of the family could not be greater!

A Grumman Wildcat that turned into a Martlet - this particular version was diverted from an order for 300 for France. It is currently undergoing some changes to the paint scheme as it has had umpteen paint jobs over the years and is being taken back to the bare metal, albeit very carefully! 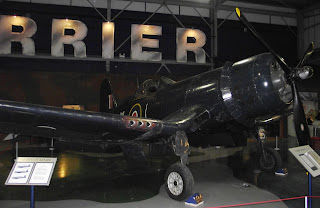 It was a great week and many thanks to Janet and Steven for making it so - Plymouth Hoe will certainly feature the next time we are down!

Looks like a good trip and nice shots of the planes. Apparently I loved the Paignton zoo when I was about 3yrs old!

Yes, the Fleet Air Arm Museum at Yeovilton is a cracker. I visited it a few years when down for a peek at HMS Victory.

Certainly worth a revisit.

Sounds as though you had a great time, nice pics too!

The great thing about Paignton Zoo is the care they have taken to ensure that the animals are living as close to natural as possible so all the enclosures feature plenty of cover. This is great for them but does make viewing rather challenging on occasion!

It was a great day out though!

I must have driven past the museum several times over the years but had never gotten around to seeing it.

It was goos but the lighting was not kind for photography!

Lots of fun for sure and many thanks re the pictures. The FAA museum was not great for photography as a lot of the lighting was poor. I was very pleased with the Stonehenge shot though - even the clouds helped out with the atmosphere!

Wonderful photos David and it sounds like a very pleasurable time too.

Glad you had a good time mate.

We had a super time and many congratulations on the new job!

One of the blessings of the digital camera is that you can take hundreds of pictures and simply discard those that are no good. I was really pleased with the Stonehenge shot.

It was great little break and I was very pleased with the pictures. Stonehenge is worth a visit if you can as it is quite incredible up close.