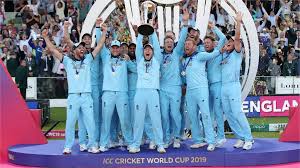 With apologies to any New Zealand readers....

First of all apologies for the delay in the last Sitrep - I was kind of caught up with the aftermath of COW as well as the ongoing sort out in the man cave and other 'stuff'.

First of all congratulations to both the England Cricket Team on their World Cup victory and also Lewis Hamilton for the British Grand Prix. The cricket was incredibly tense at the end and New Zealand were desperately unlucky to lose. I am sure I am not alone in wondering why watching any England  team in a final or a championship of some kind is so painful!

The final phases of the disposal of Eric's unpainted 25 mm late 17th and 18th century collection are well underway. The portion that will be listed on eBay has been crated up (there are four in all) and the rest of the Minifigs are set to one side. The Marlburians are in the process of being photographed and listed and the remaining Seven Years War figures are currently under consideration. I shall be tying up with Bill the arrangements for taking delivery of the 20 mm WW2 kit over the next week or so and so will also be drawing up lists and taking pictures in due course.

Work on the Last Crusade scenarios has begun and has thrown up a gentle reminder of two things I need to do. The first is to get the new command blocks ready - these are the quarter size blocks with a flag and a number for identification - and also to draft a play sheet for the appropriate set of Portable Wargame rules. On the subject of these I will be using those from Bob's original book and I want to use the rules as far as possible as they were written.

Whilst this is going on I have also been revisiting my Memoir '44 collection. I have a couple of mini campaigns downloaded from the net (actually more like a series of themed scenarios than a campaign per se) that are rather tempting and of course have the priceless advantage of being able to be set up easily enough.

The Pirates have been modified slightly in that I shall be looking at the naval side first of all and I will look to tackle the land aspects in a different way to how I intended originally. No details for the time being but I will post about this in due course.

Funnily enough the last three paragraphs in this post are all linked in quite a surprising and overlooked fashion. Some time ago I acquired a selection of 1:600th scale figures from Tumbling Dice - originally to use for generic 20th century armies with the troop uniforms being wither khaki, olive green or grey. I also purchased some of the vehicle that Tumbling Dice produce and supplemented these with some bits and pieces from Magister Militum - mainly WW1 tanks. The plan was to use these for Memoir '44, The Great War, the Portable Wargame and Sam Mustafa's Rommel.

The figures are quite large and are around 4 mm all which fits in rather nicely with the Peter Pig Pirate ships - certainly for the land side if needed. I have not decided on this as I would still prefer to use 15 mm for land actions but they do offer a nice alternative.

Led by a plucky Irishman?

You really seem to have the bit between your teeth, with several compatible projects coming together.

As for the cricket ,.. well the Kiwis were incredibly unlucky to lose. In fact, I think that it should have been declared a tie as the English victory was only achieved by a technicality. I defy anyone to ssy that it was boring!

Aided by a faulty rule interpretation I am told.

The things you have to do eh Dave!

You can certainly blame COW for my burst of enthusiasm!

The cricket was very exciting and it was shame that there had to be a loser. I thought we gave away too many wickets too easily and as for the extras....

If I was a Kiwi I'd be a bit upset. As an aussie, however, I can safely shrug my shoulders, smuggly tell my pommy friends that they didn't really win if they get too cocky, and look forward to the Ashes.

In many ways the semi final battering of Australia was almost like a final and I reckon that England may have peaked too soon. Having said that they got the result against New Zealand and although it was by the narrowest of margins we are rather used to that....

The WW2 kit will be with me next week and then the next phase of the great sort out and disposal can begin.

Touche. FWIW I think the English played a perfect game in the semi.