Planning for the Final Chapter 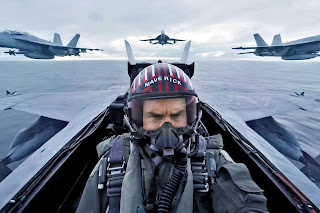 I have completed as far as possible all of the text for the Portable Ironclads Wargame with the exception of the battle report which will also be included. Originally I had planned to include two or three such reports of increasing complexity but this is no longer viable, mainly as I no longer have the time available to do this properly. I have settled on one action and hope that I can make it sufficiently interesting/inspiring for those that have persevered with the project.

It is fair to say though that this is something I am really looking forward to doing! Thus far I have nothing concrete decided upon although an idea has been gradually coalescing for a scenario. Including a battle report seems to be trickier than I first imagined mainly due to wanting to strike a balance between playability and the need to use as many facets of the rules as one can for illustrative purposes. It is a conundrum for sure, but a pleasant albeit challenging one to have.

Thoughts about the Battle

The action will definitely be taking place on the rivers rather than being coastal or high seas based. It will not be a historical refight of anything, rather it will be a typical, ‘based upon’ style of action. My thinking at present runs along the lines of a small Union force tasked with neutralising a small Rebel fort that is rumoured to be supported by an ironclad and other naval assets. This would involve around half a dozen ships or so and a fort - perhaps with some offshore defences. The trick here is not to get it too complicated as it could then potentially run on for too long. I will set a game turn limit in order to force the pace slightly. For the Union time will be their greatest adversary….

Provisionally the Union will have a monitor and an ironclad gunboat with a couple of side wheelers to make up the numbers. The Rebels will have a casemate ironclad and a gunboat along with the fort etc.

I am two minds as to how to best to write up the action. I would prefer to go down the battle report approach, describing it as though it was an actual battle rather than a rule description exercise. I suspect that the final draft will have elements of both especially given my fondness for the occasional bout of rather florid purple prose!

This is where my thoughts are currently headed and in order to get the battle fought and the write up written I really need to get a wriggle on.

Time is my greatest adversary….

Those are my thoughts exactly! I will need to be rather disciplined in my approach methinks!

I will be honest in that this will be the high spot for me prior to publication - and I am really looking forward to it!

That is probably what Jurgen Klopp said when they lined up against Leeds!

Seriously though, as Baldrick said,….”I have a cunning plan…..”