The Last of the Confederates 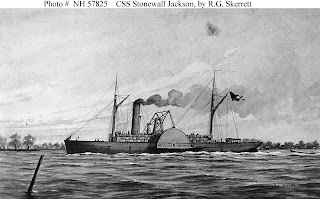 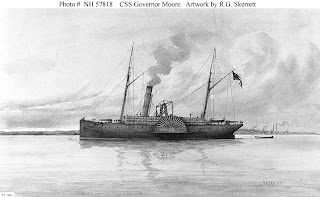 I have just cut out the hulls of the last three Confederate ships for my ACW river collection. These are two 'walking beam' ships - the CSS Governor Moore and the CSS Stonewall Jackson. Both of these were rams and the Governor Moore especially is a large ship. The other ship will be another cotton clad gunboat. They will be fairly easy to put together although representing the bales of cotton used for the 'armour' will be a challenge. That will then leave me with the three Union timberclads - Tyler, Conestoga and Lexington and finally a pair of stern wheelers for the Union ram fleet. At the 11th hour though, I have been quite tempted by the prospect of making two copies of the ironclad Eastport - one for each side as she did serve in both navies.
I still think that 50 will be enough though - for the time being anyway.....;-)
Posted by David Crook at 20:51

I have nominated you for a Stylish Blogger Award - details of which can be found here:

Many thanks old boy - I have also nominated you for the same although I think I have managed not to post this other than on my list of nominees!