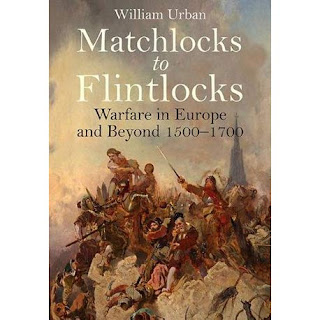 A very useful overview of the period and one that I originally acquired for 99p as a Kindle sale title. I enjoyed it so much that I could not resist adding a hardback version to the library. 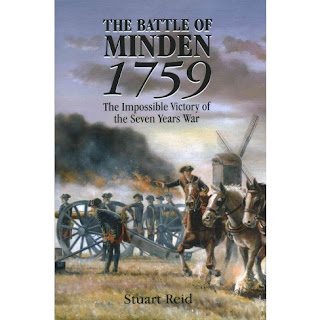 I am huge fan of Stuart Reid's work and whilst my interest in the Seven Years War tends to be more on the Colonial scene in a moment of Barry Lyndon fuelled enthusiasm (not to mention memories of an epic Eric Knowles organised refight of the battle many years ago) I figured it would not hurt to add this to the 18th century collection!

It was the last weekend in February which can mean only one thing - the Cavalier wargames show at Tonbridge Wells in Kent. As usual yours truly was in attendance, this time with an old gaming friend from back in the Newham Wargames Club days of the early 1970s and 1980s.

John, my companion for the day, is a lapsed wargamer in respect of using figures but is still a committed student of military history. He is also a person of very forthright but carefully considered opinions and I have great deal of respect for his thoughts and reasoning. As my usual modus operandi for shows these days is to arrive early and help Dave Lanchester set up his military book emporium, it meant that both John and I were immersed in lots of tempting titles from the outset. His willpower was far stronger than mine though as I my resolve weakened and I picked up a couple of titles for the library - more of which later.

In many ways it was a different kind of show for me, as John and I wandered around discussing gaming from 'back in the day' to current trends, rather than yours truly flitting from stall to stall with little rhyme or reason. It was really interesting hearing John's opinions on many topics - especially given his absence from the hobby - and I have to say he has given me much to ponder, more of which in a later post.

As is usual for this kind of event we bumped into many friends old and new - Postie's Rejects were present with Ray, Lee and Postie himself (apologies to Lee and Postie as I did not get to see them). I also caught up with Bob Cordery to hand over some books as well as discussing matters book related. There have been a couple of significant developments in this regard but again, this will be for a later post.

We looked at a number of games - almost as an afterthought if truth be told - but did not spend much time doing so as the trip for me was really all about John and his impressions. It was, when all is said and done, a great way to spend a Sunday morning.

The two books that are new additions to the library will probably not come as a surprise given my current interest in the late 17th and early 18th century. Both acquired courtesy of Dave Lanchester and will be valuable sources of inspiration.

I heard back from Bill who is currently still in Australia but the good news is that he is returning sooner than expected. This means that I shall be taking delivery of the remaining 18th century figures from Eric's lead mountain next week so the grand sorting can resume and the catalogues completed. 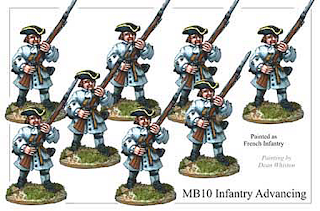 Even in the small selection of units I looked at (Austrian and Brandenburg - Prussian) I came across a hundred of the above, 40 standing firing, 30 at the ready and more command packs than you could shake a very large stick at!

On the subject of the figures Eric used for his unpainted Marlburian collection I discovered that he used an awful lot of Wargames Foundry. Given that the additional crates I will be receiving contain a significant quantity of Marlburian figures I an fully expecting there to be a lot more of the above.

Interesting times then for sure!

It's always nice to walk a show with a gaming friend, as you do get a different view on the show, the traders there, the games on display etc.

That was exactly what I was thinking! In the immortal words of Al Jolson...."You ain't seen nuthin' yet!"

It was a very enjoyable experience with John as he 'a man, untainted and true' in his opinions and thoughts. His observations have given me much to think about.

Always a pleasure old chap! I am sorry I missed Postie and Lee so please extend my best wishes to them both.