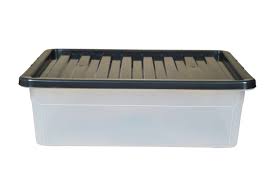 It has been a productive week with progress being made on several fronts with the added bonus of meeting up with an old gaming friend as well as some welcome news in respect of the collection of Eric Knowles.

Work has continued on the first draft of my book and as a result several lists have been drawn up and are finally in the same place. Previously a lot of the planned content was split between various notebooks, scraps of paper and even some electronic files but all is now in one place which makes life a whole lot easier. It has also given me a better idea of the stricture of the book and what parts will need more work compared to others. I am sure that other bits and pieces will crop up as the work gets underway in earnest but at least there is now a framework in place.

I met up with an old Newham friend on Wednesday evening for a chat and a couple of beers. John was an active member of the Manor Park club that operated in the cellar of the New Model Army wargames shop run by the late Eric Knowles and his wife Ivy. John has not been an active wargamer for a number of years but maintains an interest in matters military. You may recall that John and I went to Eric's funeral last year and during the 6 hour round trip talked about things many and varied. We had lost touch for a few years but he now lives in Rayleigh (albeit the other side to myself) so we can stay in contact far more readily.

John's big passion was always Ancients and he was a huge fan of WRG 6th edition. We fought a number of battles back in the day with yours truly driving a Carthaginian Army against his Late Romans. I also fought him using an Indian Army complete with 9 x Irregular B elephants commanded by a general that charged into his legion from an uphill position whilst impetuous....In his younger days before I met him he also painted a large number of figures for Eric for his famous Madasahatta collection. We talked about many things and I would like to face him over a wargames table at some point - which is something he is keen to do. With this in mind I was very pleased that he has agreed to take part in one of the games I plan to include in my book. I will greatly value his pragmatic input. 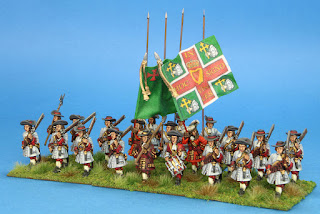 Mention of Eric and his collection leads me rather handily into the last part of my Sitrep for this week. I am meeting Bill this evening to take delivery of 10 x 32 litre plastic storage boxes full of unpainted 25/28mm 1680 to 1720 figures - a large proportion of which are Front Rank. I am helping Bill with the disposal of this lot - there is plenty more to follow including the painted 18th century kit, a huge selection of 20mm WW2 models not to mention the 1:1200th scale ships and books.

The plan is to get some kind of a catalogue together and then sell them. I will post regular updates via the blog and as a guide the figures will be roughly a quarter of the RRP with additional discounts for large bulk purchases.

Luckily Eric was rather organised with this lot and so much of it bagged in units with a small note of what they are going to be including uniform details etc. I will be taking plenty of pictures whilst compiling the list so watch this space for further details in due course.