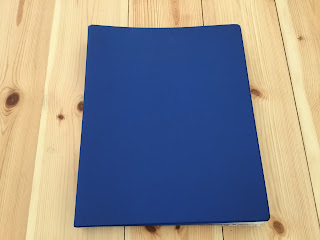 Well that should qualify for the prize of the least interesting leading picture on a blog post! It is blue and believe me when I say that you should never judge a book (or folder) by its cover!

A bit of a mixed bag today - mainly as what I had intended to post about has not arrived yet! At the present time Wargames Vault are having a sale and so it is a great opportunity to pick up some digital versions of many popular and perhaps lesser known rule sets and other bits and pieces. Bob Cordery, David Manley and Graham Evans (Trebian) all have items in t he sale so now is a great time to ‘fill your boots’ so to speak! 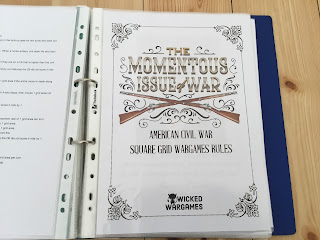 A Wargame set on an 8 x 8 grid using blocks and a limited number of units? It will never catch on….

I had a good look through and in truth probably could have blown the budget for several months but only came away with a single download. Wherever I see a set of rules that is grid based the chances are that my curiosity will be piqued - as it was when I saw the rules below which I then promptly purchased. I have not had a chance to read them in detail but they certainly look at first glance to be quite interesting with some novel ideas therein. I will post in more detail once I have taken a closer look.

The blue folder at the top of this post is the repository for my printed Portable Wargame and Memoir of Battle bits and pieces with a few other bits and pieces for good measure. In truth I had forgotten about some of the items that are in it but I am very pleased that I dragged it off the bookshelf and had a thumb through the contents - which look something like this: 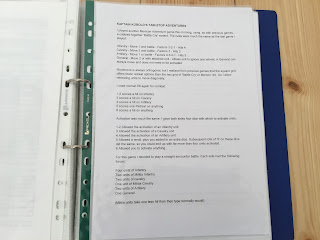 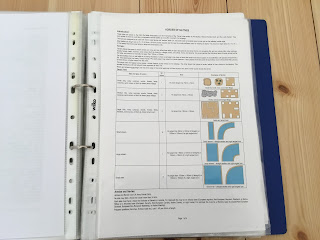 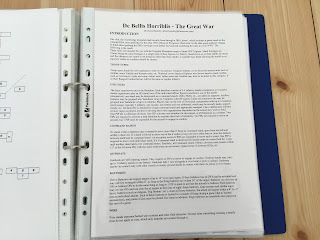 David Manley’s DBA based spin on the Great War published in a magazine years ago. As I recall I believe that SEEMS used a version of these for a Russian Civil War game that did the show round some years ago - I stand to be corrected on this though! 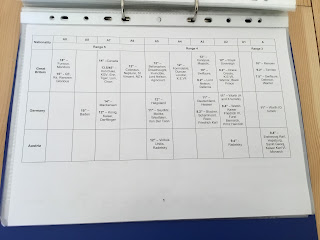 Very pleased to have found this - Jane’s Fighting Ships gun ratings used and adapted for a set of naval rules I was working on - again this was ages ago. 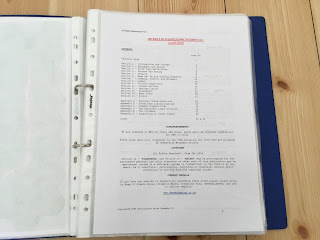 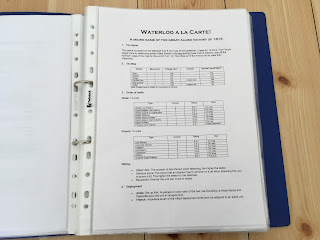 Waterloo A La Carte by Jay Ward - I fought a square grid based version of the battles a few years back and it was tremendous fun! 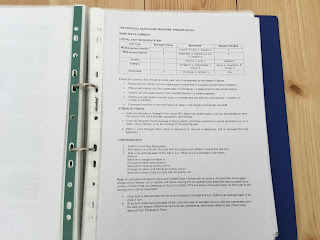 A QRS for the Brigade version of the Portable Napoleonic Wargame 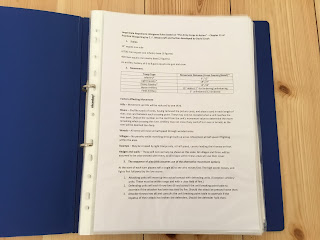 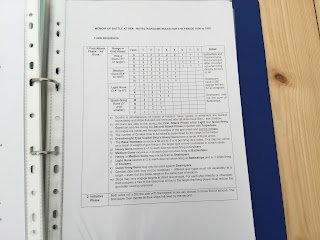 Oh hello! A set of rules I drafted some years ago when I was messing around with naval versions of Battle Cry and Barry Carter’s Naval Wargaming book. 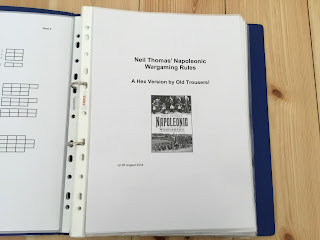 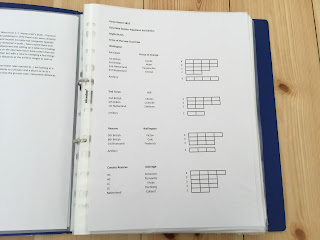 The order of battle for Columbia Games Napoleon - typed up for use with the block armies. Another idea I never got around to progressing!

It was great fun poring over these - many of which count as being ‘borrowed’ - and I was particularly pleased to rediscover the naval content. Many of these are quite old and I am unsure if I still have some of the files saved but at least there is sufficient for me to make use of in the meantime.

Although technically the ACW rules above count as being ‘new’ in respect of the titular reference there is something else that turned up as part of my Father’s Day gift card. The item in the picture definitely qualifies as ‘old’ and was picked up a boot sale a few weeks back. For some reason I never got posting about it and in truth I have barely flicked through it. 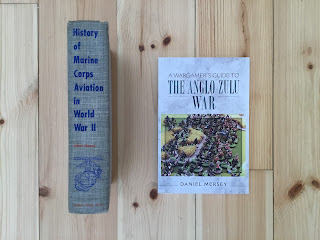 Old and New. Dan Mersey needs no introduction and given my planned Colonial adventures it seemed like a no brainer to get a copy of this handy wargamer’s guide. The other title is quite specialised but at first glance is an absolute goldmine of information concerning the aviation wing of the US Marine Corps during the war in the Pacific. I must admit that I have missed taking part in aerial games and it is certainly something on my ‘to do’ list at some point.

So there you have, a degree of nostalgic rediscovery with some new bits and pieces thrown in for good measure. Guess what? The item I wanted to post about originally has in fact just been delivered so I shall save that for tomorrow - I need to take a good look at it all first though.

I have many a 3-ring binders filled with free games I found on the internet and printed off. Some day, I need to open them up and see what I have.
I can't believe you have a copy of History of Marine Corps Aviation! I have a copy, too! It was my dad's.

I have a few other binders full but this blue folder is very much a kind of ‘ready rack’ of stuff - although it is not as ready as it should be!

I found my copy at a boot sale and it appears to be a fantastic resource. I really should read about the history of the US Marine Corps so if you could recommend any titles let me know!