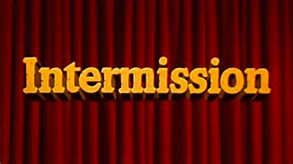 At this point there should perhaps be some dreamy music whilst the popcorn, drinks on sticks and numerous other comestibles are consumed....
﻿
For the record this is not way of saying 'I am bored with this and so I am now looking to do something completely different' rather it is a pause for reflection and to serve as a reminder of what has gone before and how it fits in with what is to come.

My original intention was to expand the tactical system from the Avalon Hill game Jutland to make them more to serve as a standalone set of WW1 naval rules. This idea was abandoned in favour of designing a set of naval rules for the period using selected mechanics from the original game.

I am happy with the process I have devised for designing ship damage record cards and believe that I have addressed the thorny issue of firing and the effects of such fire in such a way as to reflect the combat capabilities of the ships in question.

At the time of writing I need to factor in critical hits and also the whole torpedo attack mechanism but both of these areas can be more or less lifted straight from Jutland with very few adaptions. There are a number of other processes that will also need to be considered including manoeuvring, formations, visibility and weather etc.

I am the first to acknowledge that sometimes my written explanations may seem a little unclear and I freely admit that on occasion I may have overdone things a little. All will become clear though once I have run a couple of play tests and also have a draft of the rules ready - and I am aiming on fitting the whole thing on two sides of A4!

These rules will not appeal to everybody but I have always maintained that variety is one of the strengths of our hobby. They are not uber-detailed in the way that Seekrieg or Fear God and Dreadnought are, nor are they as simple as, well, the original version of Jutland. The rules are more concerned with the overall effects of damage accumulated over a period of time rather than micro-managing every single shell fired and its point/angle of impact. I believe that this should be variable and not merely a matter of hit, damage, hit, damage, hit, damage. More like hit, possibly damage, hit, actually damage, hit actually damage more/less than the last time. Above all the rules are designed to give a fun game that captures the flavour of WW1 naval combat as far as it is possible using models on a table top.

The proof of the pudding is in the eating as the old saying goes and with this in mind I am hoping to run the first play test this weekend.

I am rather excited about what I have achieved so far and I hope that the final results meet my expectations.
Posted by David Crook at 08:43

Seriously though, the play test is coming and my next blog post will outline what I am planning...

This has been an interesting project and I'm looking forward to the play test - an enemy then flying.