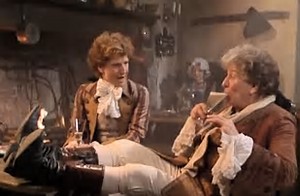 Squire Haggard (on the right) in action - no doubt concocting another money making scheme whilst consuming industrial quantities of anything alcoholic....
﻿
Not exactly the good squire but the actor Keith Barron who died yesterday and who portrayed him in the TV series back in the 90s. Keith Barron had a long career on screen and stage and was best known for his part in the comedy series Duty Free (very Brian Rix-ish in the farcical sense) during the 80s and also for his role as the Squire. He appeared in many TV programmes and also in a couple of films - the link gives the full details. For those of you who have never come across the good Squire his Journal was penned by Michael Green (famous for the 'Art of Coarse....' series) as a parody of a late 18th century gentleman's diary - think Boswell crossed with Blackadder. 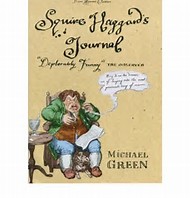 The journal of the good squire
﻿

The journal is unbelievably funny and for most part consists of the Squire, his son Roderick and manservant Grunge 'carousing with prostitutes and servant girls, imbibing copious amounts of Madeira Wine, evicting the poor, expectorating on and firing his pistols at poachers, dissenters and foreigners.' The good squire was always heavily in debt and at one point undertook the Grand Tour in order to avoid both his debtors and a potential duel.

It is very funny and whilst not politically correct in any sense of the word actually reads as one would expect a diary of the period to be written. 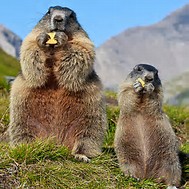 My old friend Geordie will appreciate this one....
﻿

The cute pair of critters above are of course Groundhogs and whilst it is not the actual Groundhog Day (February 2nd next year is the official date I believe) a chance comment on my last post gave me pause for thought. I will post my thinking in more detail later but the reference to the above animals was of course to my current 1/2400th naval/Jutland rules revisited - as I have been there before.

I suppose it was inevitable and certainly the project concerning adapting the rules into something more 'naval wargame friendly' is very much unfinished business. However, I have come up with something that should address this and enable me to finish it off.

That will be the next post then.
Posted by David Crook at 09:44

I never saw any of the series about the dubious Squire and his retinue. It sounds as if I missed out by not doing so!

I had not realised how old Keith Barron was; I assumed that he was at least ten years younger that he actually was. (More a sign of my age than anything else I suspect!)

The series was quite good but he book was far better!

I am holding my breath with anticipation .. meanwhile I am concentrating my attention on matters arising in the Denmark Straits!