The French in North Africa

I mentioned in an earlier post that I was currently amassing research material for my forthcoming North African colonial project involving the French Army of Africa and their Berber and Tuareg opposition. With the exception of a couple of Osprey titles I want to get I think the latest acquisitions to the library will more or less provide everything I am likely to need by way of background reading. I already own Martin Windrow's outstanding Our Friends Beneath the Sand covering the period 1870 to 1935 as well the critically acclaimed history of the Legion by Douglas Porch. It is probably fitting then that both of these authors feature in the latest crop of secondhand acquisitions. 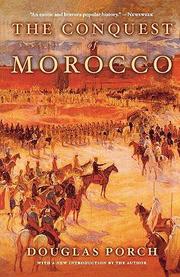 From battling with Berbers to.... 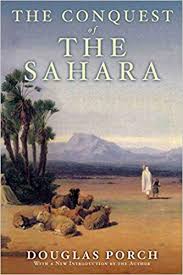 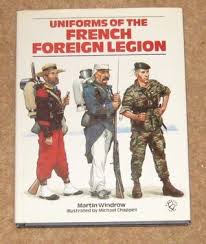 I am rather embarrassed to say that this is the second copy of this book I have purchased - the first went during one of my periodic clear outs!

I was particularly pleased to get all of the above in hardback rather than soft cover and the three volumes combined came to a little over £20 which is pretty good. Aside from some slight sunning on the Sahara title (which one could argue is pretty appropriate really!) and 'the dust of ages' they are all in fine fettle.

Both the Porch titles will be invaluable given their coverage but it will present me with a delicious dilemma. Do I opt for the Moroccan Berbers or the Tuareg version? With the Portable Wargame i could even consider both as the armies are quite small.

One to think about going forward methinks....

This little project is gathering speed and starting to roll ;)

I have some preliminary work to complete before I start splashing the cash but the early indications are looking promising. As I mentioned it is very much a Portable Wargame set up so will be quite compact in terms of numbers.

I have the small matter of some 1/3000th WW2 ships to complete forest of all though!