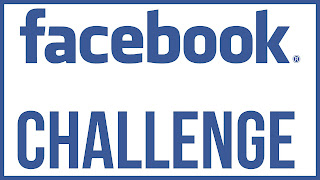 I would not describe myself as a massive social media user as such (gasps of disbelief at this point....). For sure I write this blog and comment on others occasionally. I use Facebook on a random basis – mainly big events or holidays with the occasional dash of topical whimsy, usually involving either the cats or something edible. I suppose that some may consider this a lot but I don’t feel that it is. However, I have just completed something which has given me a lot of pleasure but also a certain degree of vexation. I am of course referring to the 10 film challenge.


The idea is a simple one, select a film a day for 10 days that you would watch repeatedly, describe briefly why you would and then nominate someone else to do the same. I have now completed my 10 but the vexing thing for me was limiting my selection to just this amount!


The whole challenge has given me much food for thought – not only picking 10 films but also why they have for me such repeat watchability.


When I started the challenge I wanted to make sure that any films that already been featured by other people were not included so in a sense it was almost a kind of race. Even so, I still had plenty to choose from.


The one thing struck me though whilst I was going through the list – and picking just 10 films was incredibly difficult, I could have easily made it a lot more! – is how much the visual spectacle has influenced my wargames.


My list boiled down to the following and I should mention that these are not in any order and neither to represent my top ten – they are merely those that have an infinite degree of repeatability for me. I should also mention again that I left out films that had already been mentioned by others taking the challenge.


The Adventures of Robin Hood


The Battle of Britain


Most wargamers I know are adept at picking historical holes in the films we watch – I am no exception to this – and yet we still watch them. As a classic example I have lost count of the number of times I have seen, for example, Zulu, yet I would watch it again. I know there are many inaccuracies in the film but that does not stop it from being a superb and stirring piece of entertainment.


I like to think that the films I watch work for me in many ways the same a wargame does – it is a medium to impart a sense of what the action could have been like. In short it works for me if it imparts the correct degree of flavour and the more it does so the better the sense of enjoyment.
Posted by David Crook at 14:33

Heartbreak Ridge is certainly on my list of films that I go back and re-watch. Eastwood's performance is tops.

Oddly enough the US military were not overly keen on the Eastwood approach to his character as they (at the time) trying to project a new modern image - as Major Powers said "This is the new marine corps". Eastwood argued that the values that his character had were still relevant.

It is a great film.

You have got me thinking about my ten...
Alan

With the current heatwave in progress it is about as much as I have been able to do!

I started to try and list ten and got down to twenty!

I found it very difficult to get the ten as I have many more that are on my repeat list. If it had been my top ten films of all time it would have been easier!