A Heatwave that is Too Hot to Handle.... 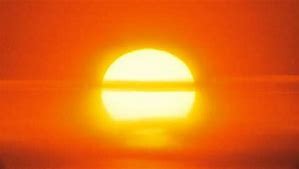 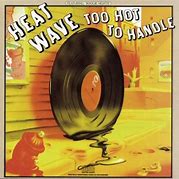 This is the other Heatwave with their album Too Hot to Handle - coincidentally it was released in 1976....
I am probably not alone in suffering from what can best be described as heat-induced lethargy. The man cave is currently doing a passable impersonation of a blast furnace and so painting is proving very challenging. Even with the Velux windows open it gets very uncomfortable very quickly and so I have decided that discretion is the better part of valour and I am leaving the brushes well alone for now, at least until the weather eases off slightly.
So no painting and, to be frank, not a great deal of anything meaningful  but what I have managed to do though, is to sort ‘stuff’ out.


Sorting ‘stuff’ out can mean different things to different people and in my experience can range from putting some backs in the correct space on the shelf to a major overhaul of one’s den. Usually though it tends fall between the two. In my case books certainly featured but I also moved some games around and well, found a few things that had slipped under the radar for a variety of reasons.


I always find doing this kind of thing to be very therapeutic because after all, you are doing something.


For me, this time around meant rediscovering my box of 1/600th scale figures and vehicles (mainly Tumbling Dice and Peter Pig but with a few packs of Magister Militum vehicles for the Great War included), together with a few items of terrain.


The 1/600th scale figures originally came about as an accompaniment to the Peter Pig ACW ship range with Tumbling Dice featuring on the back of having seen some painted example at a couple of shows. Whilst the Peter Pig troops are blocks the Tumbling Dice are individual figures (cast on strips), even infantry in close order.


I have a number of plans for this collection with the Tumbling Dice models being primarily for 20th century (at this stage I am thinking about Sam Mustafa’s Rommel for WW2) although the cavalry and close order infantry may well turn up for something 19th century related. The Peter Pig blocks however will be for something more mainstream horse and musket – as a long distance project they may well see the light of day for something Napoleonic.
I suppose the point of this post is that even whilst the sun is playing havoc with people's attention spans and energy levels (it certainly is mine!) there is always something that can be done that is not too draining.
Posted by David Crook at 08:38

I did a bit of painting today, the acrylic was drying on the palette too fast and my water / slow flow mix just made it too thin - time to stop and have a Cornetto instead :-)

Been taking the dog out at 5am then on my return getting an hour painting/modelling although it's not as hot up here in the North .

I tried to tackle some dry brushing but it simply did not work so rather than make it worse I also retired to a ice cream (in my case a Solero) and a cold drink.

I am usually up around 5:15 and it is the coolest part of the day at the moment. I can cope with these temperatures whilst in the Mediterranean but struggle at home.