Meandering in the right direction.... 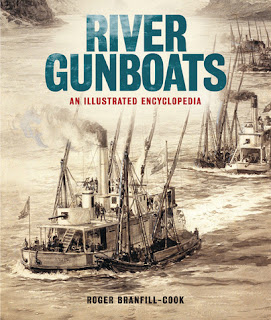 After the weekend I have had this is a most welcome restorative - and it is hugely inspirational.


For a variety of reasons this weekend has not been a great one. True enough the weather had broken – we now have a garden water butt that is three quarters full – and it is a little cooler but I was not able to venture into the man cave for any painting. I was however, able to make progress with some organisational tasks associated with my ongoing project list. To be honest this is itself has thrown up a number of unforeseen issues but nothing that a clear head cannot overcome.


The more I read it the more I like the cut of Sam Mustafa’s WW2 rules: Rommel. There are some really neat ideas in these rules and I am looking forward to using them in conjunction with my 1/600th scale Tumbling Dice 20th century armies in due course. The great thing with using this scale is that the armies (and by that I mean the infantry and support weapons) can be really generic and used for a variety of periods. I intend producing forces in three colours – grey, brown and olive. These basic colours will suffice for both world wars and by adding the appropriate vehicles etc specific nationalities can be modelled. As I have mentioned before this idea is really and extension of what I did using the block armies.


The Tumbling Dice infantry is available in both close and loose order and so for my purposes will mean the former for something late 19th century and the latter will be used for the 20th. I have a couple of ideas I am exploring with this lot and should anything crystallise from it I will post the details.The Peter Pig 1/600th troop blocks will be used for something horse and musket based – looking over the models I am now convinced these would be ideal for use in a Napoleonic style set up – although this would be some way down the track given the other ideas I currently have in play.


Mention of Peter Pig of course raises the issue of the 1/600th ACW ship models I have currently ‘swinging around the (painting) buoy’ so to speak. Well, one of the organisational tasks I alluded to was to work out base sizes for the models with a view to placing an order for the same. This has now been done – well apart from placing the order that is – and I hope to get this under way over the next few days if I can. One piece of welcome news though supporting this project is the recent acquisition of the book you see above. I have barely had a chance to skim through this so far but it looks very promising indeed, not only for the ACW but for a few other ideas I an flirting with.
The great thing about this book for me is the simple fact that gunboats, whilst lacking the glamour of their larger battleship and cruiser brethren, often saw more action and at a scale that is easily workable on the tabletop. My 1/600th adventures will feature gunboats where possible and that is something I am looking forward to.
Posted by David Crook at 14:31