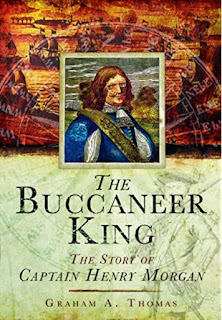 Plenty of inspiration for all manner of games - both ashore and afloat!

I must admit to being rather fond of the idea of pirates and pirate gaming - probably as a result of too much Treasure Island on TV and Buccaneer by Waddingtons as a boy - and so I have been revisiting the idea in a small way as a self contained project. Naturally the naval side will feature first and so I am thinking about scratch building some pirate ships using my trusty MDF building method. Of course there are commercially available options from Peter Pig, Firelock Games and even the old Wizkids pirate game but I have a hankering to build some myself. This would be a small project in that I reckon no more than a dozen ships would be needed - a selection of pirate types, some merchantmen and a government presence to bring the brotherhood of the coast to account.

The Peter Pig rules cover both sea and land based games and of course there is also a range of 15mm figures in support. I like the idea of the land side in a small way - think HOTT or the Portable Wargame sized forces - so the whole project could be wrapped up quite tidily.

I have a small library on pirate related topics and the latest addition to this you see above for the princely sum of £5.99. Henry Morgan needs little introduction and his story is both fascinating and inspirational in respect of the gaming possibilities. I must admit that originally I was looking seriously at Blood and Plunder for the land side and Oak and Iron for the naval dimension but to be honest these would involve rather more commitment and resources than I would care to undertake. Keeping it HOTT/PW sized for the land side with a side dish of Galleys and Galleons by Ganesha Games for the naval dimension would be sufficient for my needs methinks.

The Peter Pig pirate range is lovely, the ships especially - full of character, can be customised with crew figures, guns etc. and are pretty stout when completed and hence virtually indestructible on the wargames table. I only wish Martin would do a few new ones - a schooner, xebec and galley would be ideal for a whole host of "new" nations, navies etc.

I rather like the Peter Pig range of ships but really fancied making some of my own - funnily enough for the reason you mentioned! the figures look good fun and I reckon will work very nicely for what I have in mind.

It is a way off though as I have the last of the ACW ships to finish as well as organising some terrain to go with it - not to mention the small matter of some figure painting to attend to.

Those models would be perfect for anyone looking at the Conquistadors!

All the best and thanks for thinking of me,