“These Beams are made for Walkin” 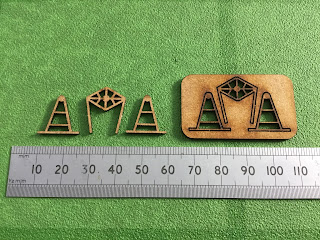 The ‘walking beam’ assembly. This has been cut from 2mm thick MDF and the struts etc are all 1mm wide. By trimming the bottom section of the supporting frame (and making the necessary adjustment to the diamond and the two rods) I can vary the size to suit the dimensions of the ship being modelled.

Lots to tell. The domestic situation appears to be in a sate of suspended animation in that what was supposed to have happened thus far hasn’t. We are currently in some kind of NHS holding pattern so we know that we will be getting down to terra firma - we just don’t know when! In the meantime we are hanging in there and hopeful that things will take a turn for the better sooner rather than later.

It was the first opening of our local boot sale yesterday so SWMBO, my daughter and I headed over to try and grab some bargains. The ladies did rather well but yours truly came away with nothing. There was not even something that I might have thoughts about buying but that is how they go sometimes. 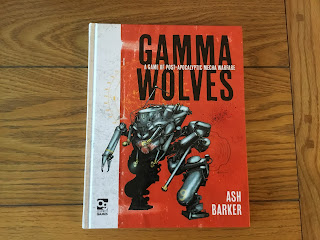 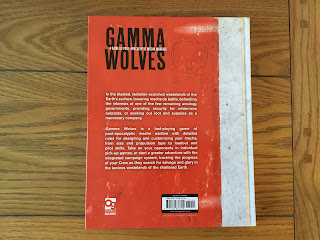 ....and the back telling what it is all about

My copy of Gamma Wolves arrived and pretty darned good it looks as well. I particularly like the fact that I can use just about type of mech I want which is good news - especially since I have a box of Heavy Gear plastics to play around with.

Better still my final ACW order from Warbases arrived. I am absolutely delighted with the parts therein - Martin has done a wonderful job on the ‘walking beam’ assembly that was a common feature on the inland waterways of the USA. I managed to break one whilst getting the diamond shape cut out so care is needed - luckily I ordered rather more than I am likely to need (a round dozen whereas I reckon on building only half of that). I also have a rather more effective looking naval gun carriage for deck guns which will feature on a number of the models I am building as well as being retrofitted to some of the existing models. 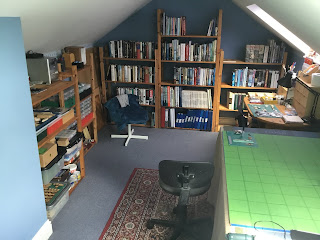 The Man Cave Part 3 - The Return of Order

I have also been able to get the man cave reorganised and it feels a whole more sensible in terms of the layout. Whilst the man cave is spacious it is less than ideally laid out. There is the chimney breast which would not be so bad if the radiator had not been placed on the wall opposite. In an ideal world I would have my bookcases along the longest wall (which is where the radiator is) but have to use the end wall instead. This has the slope of the roof to contend with so the final configuration is a tall centre unit flanked by two smaller versions. It works well and gives me some additional shelving meaning that ‘stuff’ can be far better organised.

As part of this task I also went through and sorted out a load of bits and pieces that have now gone - either to the tip, charity shops or selective disposals. This also freed up some space so the whole area now feels rather more spacious and less disorganised.

Now that this task has been completed I can focus my attention on the remaining ACW ships - and I am really looking forward to this!