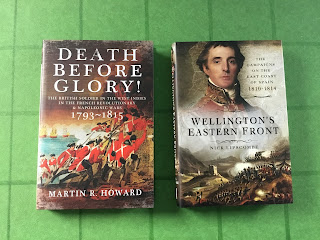 Useful reading material for a future project - but which one?

My plans to undertake a Napoleonic naval based project using a combination of Black Seas models and 15mm figures for the land elements are kind of in hand although I do not expect to be doing anything towards it until the new year. I have two possibilities to consider, the first of which would enable me to use much of the scenic material (still yet to be acquired) that will be used with the 17th century pirate set up - namely Caribbean looking. The second idea - and the one I originally planned to tackle using 20mm figures - featured the Eastern theatre of the Spanish peninsula circa 1810 and later. I do not profess to be an expert in either so I am relying on the two books you see above to provide me with some useful background.

From a practicality perspective I am thinking that the Spanish option would be easier to organise - certainly from the perspective of suitable figures if nothing else - as well as being different from the Caribbean. Finding suitable models for the forces involved during the earlier years of the Napoleonic Wars, especially pre 1805 and ‘overseas, colonial types’ may prove to be challenge larger than I would care to take on. Bearing in mind that the land forces will be modest - I am looking at combined arms style operations, raids and similar - I may be able to ‘wing it’ in terms of figures but will have to wait and see.

For more information on the two books see below - front cover and then the rear. 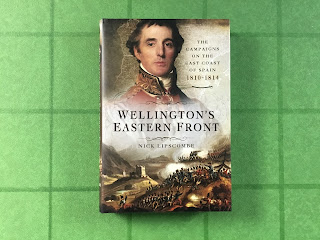 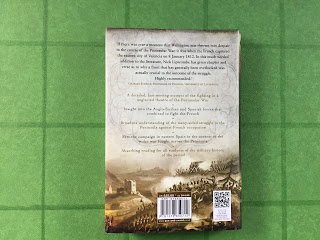 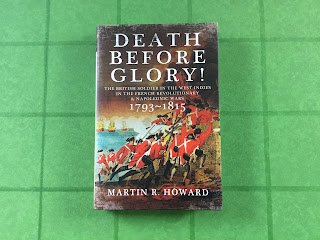 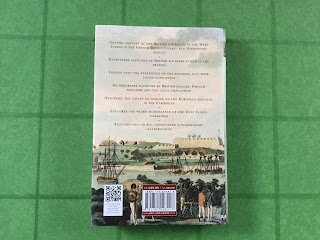 I have plenty of time to think about this particular project and indeed, the ships will be tackled first in any event. I want to enjoy the experience as the ships I fully intend rigging and finishing them to as high a standard as I can. This is why there will not be too many of them!

The Lipscombe book sounds good and I might keep an eye out for this. The following book might be of interest too:

I've read Wellington's Eastern front, it's very good but it's primary focus is the war on land.

Many thanks for the heads up re the other title - I shall add that to my ‘to get’ list!

That is very true but it has given me a a number of nautical ideas. Although the French battle fleet was pretty much out of the picture the French still made use of a number of privateers and given that a lot of the supplies came by sea there is certainly some potential there methinks.

Have you looked at the new rules, Mad for War from the League of Augsberg, for the Pirates?

I have indeed - I have a set! They are one of a number of options I am looking at - and this is why you have not heard from me!

I will ping you an email over the weekend.