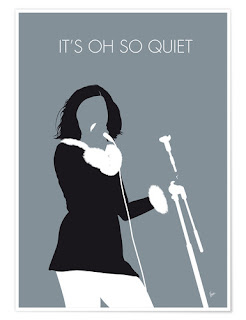 There has been very little gaming activity over recent days - mainly due to the ongoing domestic situation which has cast a pall of all-pervading gloom at Chez Crook. Being British naturally we soldier on - or not in this particular case! We are slowly coming out of the current malaise so all being well this weekend should see a return to what passes for normality. In any event SWMBO and I are heading to our favourite boot sale on Sunday so hopefully some bargains will be found which is always good for the soul.

I found a very useful Humbrol to Vallejo conversion chart and was delighted to see that many of go to enamels have a direct acrylic equivalent - particularly in respect of the shades of grey I use. No prizes for guessing what will next be on the shopping list!

As a result of another visit to IKEA I am now the proud owner of the storage unit we were using downstairs as a show rack. It was used as bookcase originally but will now being seeing service as a more general unit in the soon to be reorganised man cave.

My Warbases order is in the queue so as soon as it is ready I can crack on with the last of the ACW ships which I am hoping will galvanise me into finally painting and gridding my 6ft by 4ft table. I am also thinking about ‘spotting’ the playing mat that comes with Black Seas and then getting it laminated. Spotting means using small sticky dots to mark the corners of the squares and are not as intrusive looking as grid lines. The Black Seas mat is glossy paper which I cannot imagine surviving for long so laminating it makes sense and would certainly be cheaper than buying a bespoke mat.

I have taken the decision to not scratch build the ships for either the pirates or the Napoleonic projects. By using the models from Oak and Iron and Black Seas I will have to hone my painting which I don’t mind and am indeed, quite looking forward to it - even the rigging!

The giant stompy robots I have are probably not going to be used with Heavy Gear, at least not in the short term. The models are lovely but they are not cheap. I have instead opted to try out Osprey’s Gamma Wolves as you can use anything with the background. As the models are technically 1:144th I have also been looking at sources of 10mm figures to go with them and happily Pendraken oblige.

All in all then this is really a bit of a nothing kind of post but I am still looking to the gaming future and making plans despite life throwing up the odd speed bump!

It may be oh so quiet but let’s hope for some noise soon....

I am glad things are moving forward and await your car boot sale haul with interest...

Thank you old chap. Things appear to be ‘stuck’ at present meaning they have not gotten worse but neither are they improving as we would like. I am hopeful this will change though.

The boot sale will be a welcome change and hopefully this year will see a bumper crop of bargains!

Fingers crossed things get better on the home front David and good luck at the car boot sale.