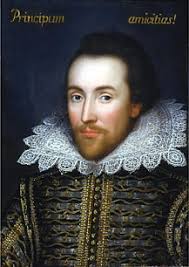 With apologies to the memory of the immortal bard.

It has been a tiring week so far and very little has been done with anything gaming related. I have had a batch of interviews that has meant preparation, rehearsal and the usual sales pitch. Then there is the usual calls to agencies with even more preparation, rehearsal and the usual sales pitch. It is all very wearying, soul destroying and leaves you feeling rather like a limp dishrag. On the plus side though, I have landed a three month rolling contract that is currently going through the inevitable reference screening and whilst this is infinitely better than nothing I would really prefer to land a permanent role, hence the continued assault on the job market.

Nothing further has happened in respect of planning for the RTW end of year game; nor is it likely to until the weekend BUT, and it is a big BUT, I am planning on sneaking in a WW2 action over the next couple of days if I am able to.

I have in mind something from the Russian Front but probably not with great numbers of tanks. In fact, the idea I am toying with involves an action taken from the book by Guy Sajer - The Forgotten Soldier, involving elements of the Gross Deutschland Division tackling Partisans.

I'm pleased something positive has come out of the interviews etc albeit short term.Keep in there ...
I really enjoyed the Sajer book and must re-buy it some day.
"It is a god job..." a typo I guess?:)
best wishes
Alan

I should be pleased about the quantity of interviews and the fact that I at least have the short term contract coming up!

Sajer is a great read and I have wanted to tackle some of the actions described therein for ages.