Back from the Birthplace of the Bard 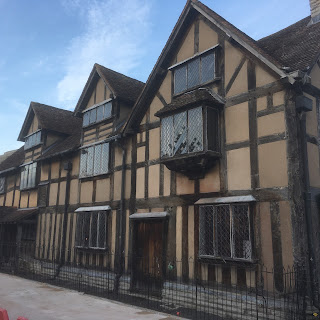 The birthplace of William Shakespeare

We have just gotten back from a weekend in Stratford upon Avon for a 70th birthday party - and great fun it was as well. We did not get to explore very much of the town due to the travelling about we have been doing ‘on party business’ but it is certainly a place I want to go back to again at some point for a proper look around. We did get to see the birthplace of the immortal bard - somewhat spoiled by the the fact that the street it is located in is currently having new pavements laid meaning that safety barriers and holes in the ground are everywhere. 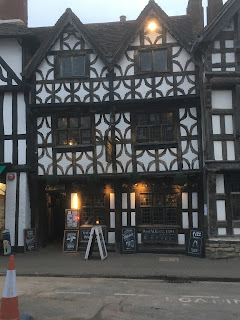 We did manage though to have a very nice meal in the Garrick Inn which is not only the oldest pub in Stratford (dating back to 1400 or so) but is also haunted. Apparently the cellars were rumoured to have been used to bury plague victims!

It was a pleasant break, albeit a busy one and I am now off work for the rest of the week. There is the small matter of our wedding anniversary and SWMBO’s birthday on Thursday but I have Wednesday earmarked for a major assault on the man cave. I have a few items to post so some packing will be in order and I have also placed the next batch of figures in soak. My order from Warbases arrived so I plan to get busy with the glue over the next few days.