Next Steps and Old Friends 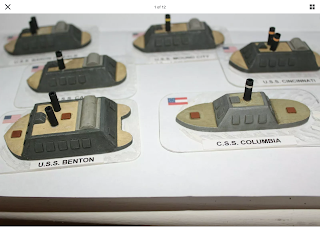 Now that is a blast from the past.The above models are currently listed on eBay by their present owner and these were part of the first batch of ACW models I built around 8 or 9 years ago! Time has not been kind to them and I noticed a few missing funnels and a few knocks. I used to base these on clear acrylic and they were built to fit within a Hexon hex (4” across the flat sides).

It has been back to the drawing board (actually a desk but you get the drift) with the ACW naval project as I sat down and drafted the plans for the final batch of a dozen or so models. The ‘or so’ is telling as at the moment the Union will be getting at least eight more ships! Despite my original intention of trying to stick to generic ship types I have weakened over time and so representations of specific historical vessels have crept in. The new batch will be no exception as I shall be adding the U.S.S. Benton, Essex, Tyler, Conestoga and Lexington as well as others whilst the rebels will be making do with more paddle steamers and an unarmed blockade runner. I shall throw in some smaller gunboats to both sides for good measure. 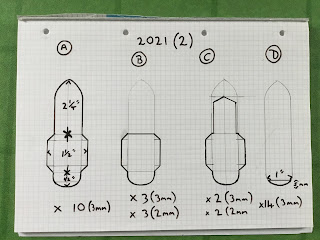 The plans for the three Union timber clads - the measurements are all in the email I sent to Warbases. 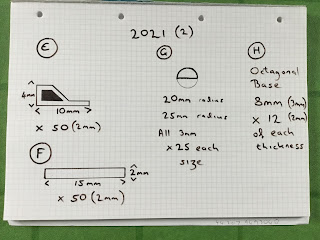 Fixtures and fittings - an idea for a deck mounted gun carriage with the barrel being made from a filed cocktail stick. I thought about using the Peter Pig 1:600th scale guns but they do not look right.  The semi circles are for smaller paddle boxes and the octagonal bases are for pilot houses. 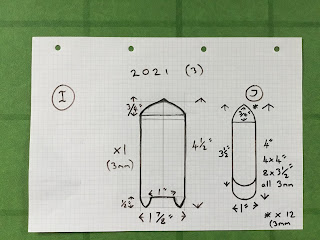 The hull template of the U.S.S. Benton and yes, she was a beast! The remainder are some smaller hull templates.
Those lovely people at Warbases are quite used to my scribbling and accompanying emails with measurements although how they translate it is beyond me!

The picture at the top of the post I found on eBay yesterday (type in ironclads under wargames and you will find the listing) and it brought back some memories I can tell you. I built around fifty models - largely from Balsa - and the collection was exclusively river based with no monitors as I struggled to make a decent turret! I only ever got the ironclads painted before disposing of the collection. On balance I think I prefer the newer versions.

A then and now situation indeed David...
The old ships are still lovely looking toys...

I remember being very pleased with them at the time - but I have to say that I prefer the current crop!