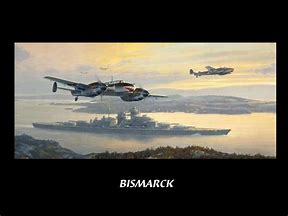 Today marks the anniversary of the of the Battle of the Denmark Strait in 1941, pitting H.M.S. Hood and H.M.S. Prince of Wales against the German Bismarck and Prinz Eugen. 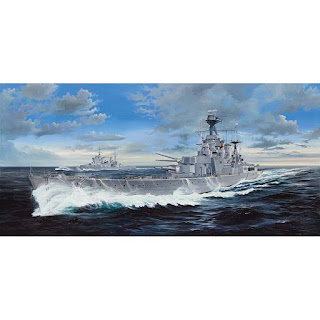 The outcome of the battle is of course well known with H.M.S. Hood being sunk with the loss of all but three of her crew.

After a dramatic search and chase of three days the Bismarck was finally sunk by the combined efforts of H.M.S. KGV, H.M.S. Rodney and the cruisers H.M.S. Norfolk and Dorsetshire.

The Royal Navy rescued some 111 survivors, the Germans 5.

As with any wargame refight one should always reflect on the human dimension of what we are undertaking using models in the comfort of our own home.

At times like this I am reminded of a passage in the book The Forgotten Soldier by Guy Sajer. The gist of it is “Too many people learn about war with no inconvenience to themselves. They read about Verdun or Stalingrad without comprehension, sitting in a comfortable armchair, with their feet beside the fire, preparing to go about their business the next day, as usual. One should really read such accounts under compulsion, in discomfort, considering oneself fortunate not to be describing the events in a letter home, writing from a hole in the mud. One should read about war in the worst circumstances, when everything is going badly, remembering that the torments of peace are trivial, and not worth any white hairs. Nothing is really serious in the tranquillity of peace; only an idiot could be really disturbed by a question of salary".

I would suggest rather than "writing from a hole in the mud" one could readily substitute "clinging to some wreckage adrift in the North Atlantic".

Something to think about, and to be thankful that one does not have to endure the same.

Many thanks old chap. I have always enjoyed (not sure if that is the right word) Sajer's book as it manages to convey the impact of war very well. That quote has stuck in my mind for many years.

The boys and I played out Admiral Lutjens fantasy about making port and then sallying out with Scharnhorst and Gneisenau. The force was intercepted by elements off the Home Fleet. The Kriegsmarine won!

I must admit that revisiting the Denmark Strait has reminded me of all manner of ideas for games set in the North Atlantic and the one you mention was one of them.