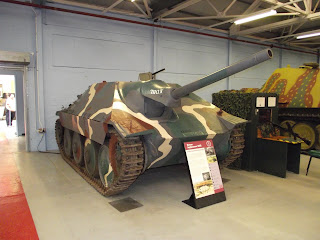 The trim lines of the Hetzer
Whilst on holiday in Devon (we stayed at Woodbury just outside of Exmouth) I was fortunate enough to have been able to make the trip into Dorset to visit the tank museum at Bovington. This is the second time I have been there and of course, the previous occasion was before the huge lottery funded revamp so I was keen to see what the mark two version looked like.

It is staggering and hugely impressive.

In fact, it was so good that we abandoned any T.E.Lawrence based exploration and concentrated on what could only be described as AFV porn. I took a huge number of pictures and as most of the 'inmates' will be familiar to most gamers I will take the opportunity to post a few pictures of my own particular favourites - but with a nod to Mr. Fox as the Hetzer above was his choice (I gave him a choice and that was his preferred option!). Below then, is a small selection of the kit on display and I would wholeheartedly recommend the museum for a great day out. 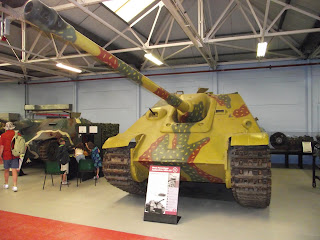 The business end of a Jagdpanther - note the 'ambush' colour scheme 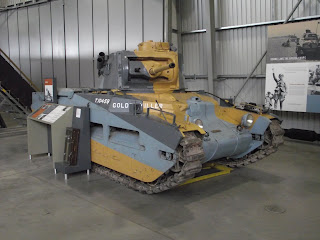 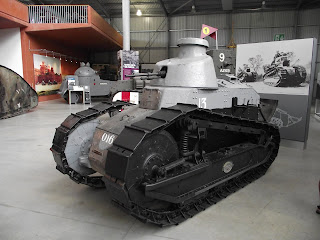 A Renault FT 17 with a Hotchkiss MG 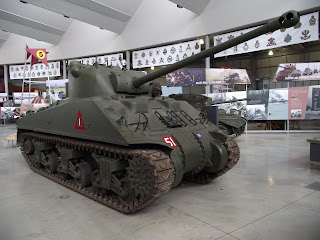 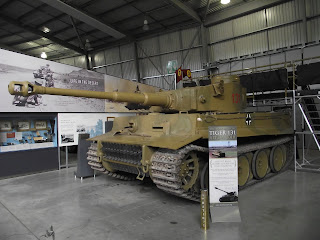 Tiger 131 - currently awaiting (yet another) an engine rebuild 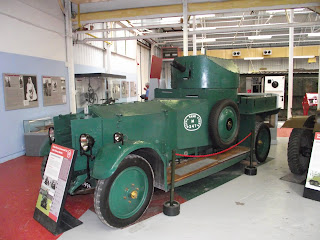 A 1920 vintage Rolls Royce Armoured Car - the Bovington T.E.Lawrence collection is just behind 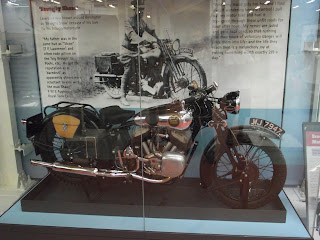 A Brough Superior Motorcycle - of the type owned by T.E. Lawrence 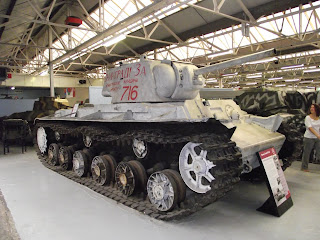 Finally, a Russian KV1 - no doubt suitably surprising the Germans in 1941!
All in all then it was a truly great day out - even the lunch taken at the nearby Ship Inn was superb - and a very special thank you to Stephen who was the chauffeur for the occasion and was patience personified as I endlessly extolled the virtues of yet another piece of AFV history and photographed the same!
Posted by David Crook at 19:15

I went there in 2001 (not sure of that was pre or post upgrade) and absolutely loved it. Always wanted to attend the wargaming show that is held around those mighty beasts!

Thanks for the photos david, glad you had a good trip - really interesting colour scheme on that FT17 - do you remember what unit/country it represented? I think I might nick the look for some Land Ironclads I have in the pipeline......

Your visit would have been pre upgrade and SEEMS are regular attendees of the wargames event - and the Ship Inn as well!

It was a great day out and no mistake. I am ashamed to say that I don't remember the the nationality of the paint job on the FT 17 so assume that it is French - perhaps a vehicle equivalent of the Horizon blue/grey French WW1 infantry?

Now that is what I call a "holiday"

Despite the weather we had a great time and I was really impressed with the refurbished tank museum. I also have a whole heap of other photos as well!