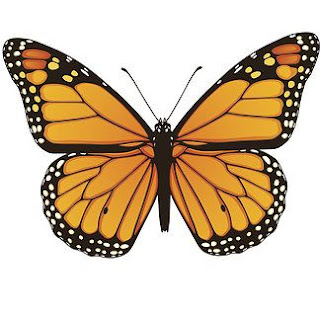 Wargaming is like a butterfly - it goes where it pleases and brings joy where it lands....How very apt!

I can offer nothing by way of an excuse. I now have a list of projects to attend to and indeed, have just landed myself with another for the new year. Whilst the paint is currently drying on the two Turkish river monitors I thought it would be a good idea to take stock, so to speak, of what I am up to and where I am at. So without further ado.

I am waiting on the final order to complete this project in terms of the figures. I am leaning towards rebasing the entire collection which will involve time, effort and expense. I have no problem with this but as I am still on furlough I do have to watch the finances and so some careful thought about this will be required. In the meantime though, I am reading about the period and thinking about suitable terrain but as mentioned, this may not take shape until the spring although Bob Cordery’s Portable Pike and Shot Wargame may change all this!

Initially this will require a ship building programme and so I have been making plans for this. I will need to mobilise Warbases for some bits and pieces but when I can get to it then it will not take a lot of work to get to the table (at least this part anyway). I will be using the block armies for the land stuff although I have a couple of ideas about this. Nothing concrete and well down the batting order though.

At the moment the only plans for this involve Memoir ‘44 and Flat Top. I need to spend some more time researching this before I can move in any particular direction model wise.

I will certainly be getting some games in with these and whilst I like the idea of using figures I am unlikely to do so. In the case of the former I doubt if there will be much activity before the Crusades expansion is released.

Command and Colours in general

I rather like the idea of setting up a game board and 3D terrain for my Command and Colours games but as yet I have not made any definite plans. No doubt it will involve copious amounts of MDF though!

ACW and the Russo Turkish War

When I have completed this batch of models for the Russo Turkish War I will be a little over halfway through both projects. The remaining ships will need bits and pieces from Warbases so will have to wait until the new year. I am aiming at around 24 models for each project. The land side will be tackled using the block armies although I do have something in mind for the former which, if successful, will also port over into the latter.

I am quite content with my lot in respect of what I am doing and how I am doing it. I will need to get rather a lot of material from Warbases but since this will not be until the new year things are quite nicely spaced out. I have a good variety of rejects to keep me busy and with enough variety to ensure that I do not get bogged down in one particular area.

There is one more thing that has taken my fancy that will also involve some work from Warbases but  need to think this through in a little more detail.

Taking all this into consideration I am thinking that next year will feature some interesting games and will also see the realisation of a number of projects - and that is something I will be properly pleased about!

You’ve certainly got your hands full there David. Looking forward to seeing the ECW WoFun. Could you game now with what you’ve got now using the current bases? You could be singing ‘Jingle all the way ....oh WoFun it is to ride with Rupert’s cavalry’.

A nice overview of your projects David, with a good variety of periods which is good to have IMHO.

I could happily game with the WoFun figures using the existing bases and indeed, I will certainly be doing that in the short term. The stumbling block I have is one of terrain as everything I own is designed for smaller figures. I do not want a lot but I am looking at something rather novel which will take some time and also depends on Warbases so will have to wait until the new year.

Variety is the spice of life for sure! I think I have a nice balance of types which will stop me getting stale.

Shame I didn’t come up with a rhyme 😆

“Jingle all the way....Oh Wofun it is to ride on the Down called Roundway”