Letting the Tail wag the Dog 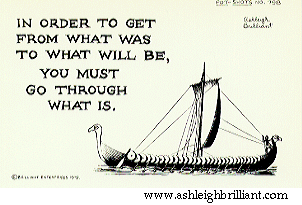 Things that make you go Hmmm....

I should know better, I really should. I have allowed myself to be sucked down the complexity rabbit hole with my efforts to ‘tweak’ Bob Cordery’s ACW rules and am getting myself in a flat spin with unnecessary levels of complication.

I stepped back from the process and reckon that I have now found a workable compromise that addresses my needs.

If you recall the original firing system employed by Bob was based on the ‘x number of d6 at range 1 reducing a by a d6 for each hex’ This means in simple terms that more damage is likely close in and also that larger guns have a longer reach. This is all very straightforward and accurate and I certainly have no problems with the approach per se. Where it got a little fidgety for me was that there was such a wide variety of naval ordnance in use as well as protection levels of the myriad ship types in service I did not feel this was represented sufficiently for my taste.

I want to reflect both varying weapon calibre and protection levels and so am focussing my efforts on these elements. The first change I shall make is that there will be a single range for all weapon types - an idea borrowed from Andy Callan’s ‘Noddy’ rules. For the recent play test I made this 8 hexes but on balance this seems a little on the long side so I am scaling this back to 6 hexes. I am going to stick with the gradual reduction of firing dice that Bob used but it will be used in a different way.

I am going to maintain the ‘heavy, medium and light’ categories for weapons and protection levels and in the case of the former this will determine the number of firing dice thrown. Taking a heavy gun as requiring 3d6 you can see that Bob’s Turreted Monitor has a base roll of 6d6. This works out spot on as the two guns contribute 3d6 each. Bob has a maximum rage of 5 hexes for this type so it means at range 5 the monitor will be rolling 2d6 to hit. By extending this out to the desired 6 hexes it means that the monitor will be rolling a single dice to hit at maximum range.

Where this gets a little more complicated is when you start looking at at gun types. At the ranges used on the rivers and inland waters even the smallest naval artillery had quite a reach but if you, for example, adopted the dice reduction method to a single gun rated at 3d6, 2d6 or a single d6 the ranges would equate to 3, 2 or 1 hex which is clearly not what I want. The solution is quite simple and I do not know why I did not think of it sooner!

As I am looking at individual guns firing all I need to do is to assign range bands per type of gun that allow for range degradation. With this in mind I am using the following.

The effects reflect the fact that lighter and more handier guns have a greater rate of fire which is why they can still cause damage at a long range due to the sheer volume compared to such things as muzzle loading 15” guns.

Firing will be based on the number and type of guns multiplied by the d6 rolled for the range. There will be modifiers but these will be applied to the overall salvo rather than by individual pieces unless that is the only weapon firing. I have assumed (and this is how Bob works it) that all guns will engage the same target when firing. This will of course mean that the number of d6s rolled will vary from ship to ship but the ship record card will ring the changes.

I want to try this out using the same set up as previously but I will not write up the action for the blog as it is really a play test of a play test.

Overall I think I am pretty close to completing this stage of the rules although I want to add some provision for critical hits albeit at a fairly simple level.

I see the logic behind your suggestions, which - like Archduke Piccolo’s proposed changes - would tweak the rules so that they are more specifically suited to a particular period. I’ll be interested to see how well they work in practice.

Hi David -
I tend to like the 'per gun' notion myself, and am toying (haven't quite got to the level of 'thinking about' or 'considering') with adapting the system I developed as a bit of chrome to Kev Robertson's simple rule set.

I like the method you are considering, although I'd probably be inclined to limit the effect of the lighter guns at long range when dealing with heavier ships. One possibility that occurs to me is similar to Bob Cordery's 'hit' and 'effect' system in his land battle systems. The difference would be is that there would be no 'retreat' effect. The hit does major damage 9reduces flotation) or it is superficial (no reduction in flotation).
Cheers,
Ion

I thought I had gotten it all dialled in but for two things. I have had another rethink based on your email and also the comment from that very nice man the Archduke Piccolo.

Taking all this into consideration I now have a slightly different avenue to pursue but one that feels a far better fit.

Following from an email from Bob and also your comment I have had a little bit of a rethink and now reckon I may well have cracked it. I certainly want to stick with the ‘I dice per gun’ system as I believe that it better reflects the assorted ordnance in use during the ACW. Where I was struggling previously was in having dice multiples meaning that the potential for some really brutal damage seemed almost to be the norm!

By dropping to the single dice per gun and using a Portable Wargame style effect for damage I reckon I am on to something and this will form the next post and play test.